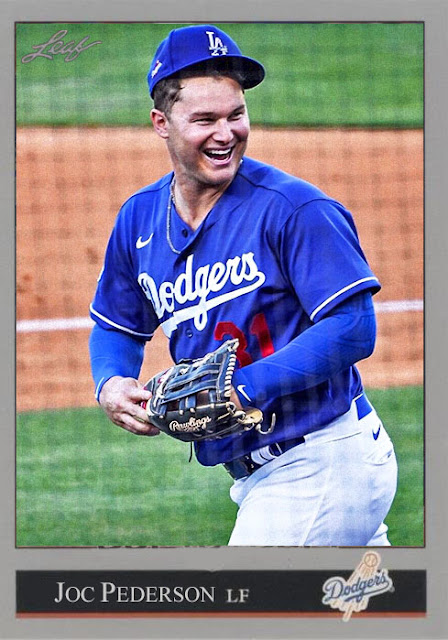 I go back to 1981 in thinking about this season. 1981 was a strike-shortened year, the season was separated into half, and the season itself was decided not by cumulative records but by 1st half leaders vs. 2nd half leaders. When we ended with a Yankees-Dodgers World Series, a lot of the probability of a full season of baseball had been taken out of the equation, and you got a 'best teams win' kind  of scenario, which makes for a good World Series, but as it's been made clear, especially recently, a great World Series doesn't need to be made up of the two best teams to be considered a great one.

So here we are in 2020, shortened season, 60 games, and...what's stopping this from turning into another 'best teams make it to the end' kind of deal? More specifically...what if taking out 100 games leaves us with the obvious choice: a Yankees-Dodgers World Series?

I mean, let's be clear- due to the haziness of how the playoffs are going to work, we still could get something really unlikely in there, but is it as simple as Yankees-Dodgers? The Yankees have the best lineup in the AL, and if Jordan Montgomery complies, we could have the best pitching as well. The Dodgers have only enhanced their lineup with Mookie Betts, and even the absence of David Price can't stop the Kershaw-Buehler-Urias-Wood-Stripling-May rotation. Going into this season, these are the two best teams. You can point to like, the Astros, or the Braves or somebody, but they don't have the potential energy that we're working with here.

So then, if it is Yankees-Dodgers, is it, like 1981, because the season is truncated? Will these teams deserve to get here if it does end up being a 'best teams make it to the end' kind of World Series? Or will it lead to people writing this season off as a failure that 'doesn't count'? Similarly, if two teams that are out of the question end up in WS, will this season also get hit with that distinction as well?

Look, I want the Dodgers to do well, and I do think they can accomplish a lot with this team, but is it good for baseball if they do well? It's hard to say. Yes, people will tune into a Dodgers-Yankees series, but the predictability of it may turn smaller-market fans off. It'd be an anticlimax for a season that took so long  to happen in the first place.

Still, I hope for good things from this Dodgers team. Like the Yankees, they've been so close in the last decade, and I wish some good finally comes of them.