The Nerd Power and the Passion 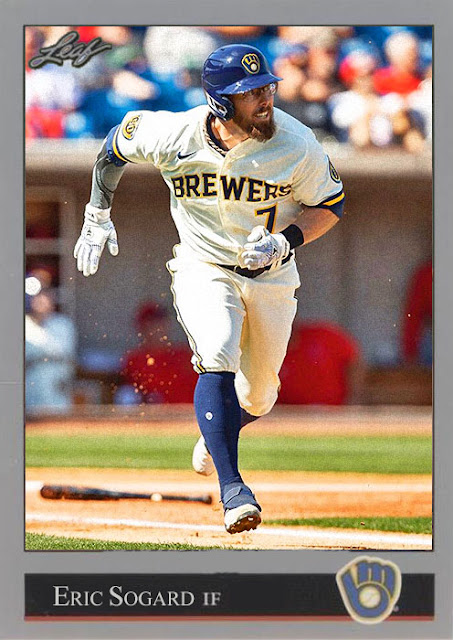 Fringe players are going to dominate 2020. Just forewarning you all.

Oh, sure, I imagine this is gonna be a great season for your big stars, your Ronald Acunas and Juan Sotos and Mike Trouts, but...I reckon the biggest heroes of the year are gonna be the people you're not expecting  to join  the conversation.

I point to Ben Zobrist in 2016 or Randy Dobnak last year, or...well, Eric Sogard last year. A career utility infielder for Oakland and Milwaukee wound up the best hitter-for-average in Toronto before becoming a stellar replacement for Brandon Lowe in Tampa. How a guy who had his highest WAR in 2013 with 1.4 become a legitimate plate threat says all you need to about the underdog, and about how undervalued, under-the-radar players can  still shock you sometimes.

Sogard is back in Milwaukee looking at a starting 2nd baseman spot, but unlike the 2018 Brewers team, there's not as much playoff chance because of the stacking of teams like the Reds, Cardinals and Cubs. A Brewers team made up of people like Sogard, Eric Lauer, Omar Narvaez and Jedd Gyorko may not have a lot of overpowered talent to match those three, but they do still have Brandon Woodruff, Christian Yelich, Lorenzo Cain and Josh Hader.

You also have to wonder if Eric Sogard's freak come-up was a one-time thing, or if it genuinely means he's found his bat and will be a trusty utility option for the next few years. Is is some other player we're not thinking about at all's turn? I still think Pierce Johnson, former Japanese League export-turned-killer-reliever has the best chance of surprising people this year, but I could be way off. The thing about breakout guys like that is that you can never really predict which ones are gonna take off, which is kinda cool.