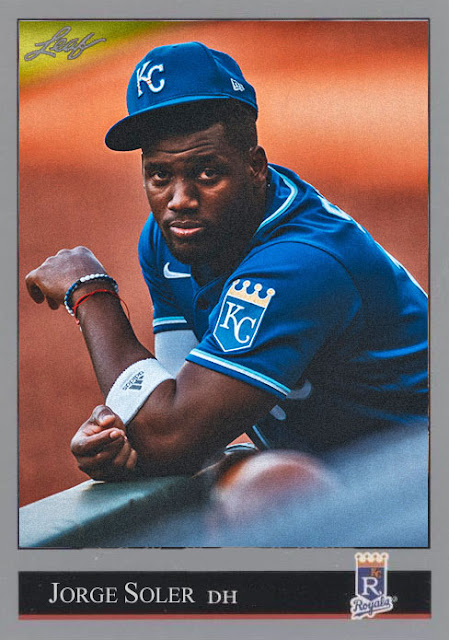 The fact that Jorge Soler had a powerful 2019 to begin with is a marvel in itself- I figured Soler was one DFA away from obscurity after going from starter to bench player on the 2016 Cubs. But last year Soler played in every game, led the league in  home runs with 48, notched his first 100+ RBI season, and...subsequently led the leagues in strikeouts with 178. But hell, considering the 2017 Rookie of the Year ended his season with 208 strikeouts, I think that's a minor strike. Soler hit more homers last year than Trout, Arenado, Harper, Cruz, Khris Davis...all the big guns that usually lead that category. And even if he never reaches that mark again, that's something to be proud of.

Of course, BECAUSE the Royals are banking on him to hit home runs every game and do what he did last season, Soler is going to have diminishing returns. It's inevitable. The eyes of the team will be on  him, more than they'll be on the  returning Salvador Perez, the team MVP Whit Merrifield, or eventual rookie standout Brady Singer. And of course he's going to let some people down, because he's only proven to be a mega-hitter for one year out of his 7-year career, and...he plays for the Royals.

What will help Soler is if he focuses on having a higher average than .265, hitting more for average than  for power, and rounding  himself out so he doesn't Chris-Carter himself out of the leagues in a year or so.

Meanwhile, the Royals look slightly better than last year, and Mike Matheny's managerial prowess will help, but this is still a dire AL Central roster, and they need maybe 2 more years until they  can really take a run at things, I think.

Coming Tomorrow- He's been with 3 teams now since leaving Philadelphia, and he seems to be doing  alright for himself.
Posted by Jordan at 8:53 PM
Labels: Custom Cards, Jorge Soler, Royals