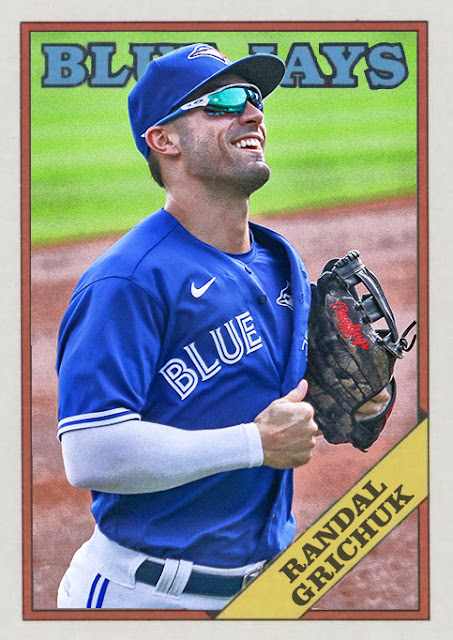 It's been 4 years, and I can say, with all honesty, that I no longer hate the Toronto Blue Jays.

Yes, for two straight years the Jays were the bane of my existence, deciding for two straight years in mid-June that they were playoff contenders and then just waltzing to the ALCS without much of a reason otherwise. Seeing people like Jose Bautista, Michael Saunders, Justin Smoak, Russell Martin and Roberto Osuna victorious on a regular basis stirred up a hatred in me that hadn't existed since the 2011 NLDS took out Ryan Howard's achilles.

So, this modern incarnation of the Blue Jays, starring veterans like Randal Grichuk, Taijuan Walker and Matt Shoemaker as well as young guys like Vlad Jr., Bo Bichette, Alejandro Kirk and Santiago Espinal, isn't quite as infuriating as the 2015-2016 teams.

Seeing these guys creep up over the last month or so, nearly usurp the Yankees in the standings and still take wins away from us was...still pretty infuriating. This youth movement took a year or two to fully form and turn into a playoff team. That...only usually happens in the Bronx, so it still catches me off guard. And this sort of team, where even guys like Danny Jansen, Travis Shaw and Jonathan Davis can be heroes, is...scary going into the postseason.

And yet I'm not entirely worried, because...the pitching isn't great. Robbie Ray, Ross Stripling, Tanner Roark, Chase Anderson and Matt Shoemaker aren't as reliable starting options as you might think. Yes, Taijuan Walker and Hyun-Jin Ryu certainly are, but neither have been without some human moments. The bullpen has some intriguing pieces, but also some, like Shun Yamaguchi, who could give up crucial runs in this series.

So...as much as I do want to be worried of a potential Jays all-out-war playoff season this year...I have to think realistically, and say...maybe they'll win a series...but I don't think they're a World Series team.

...this is the kind of thing that usually ends up being wrong on this blog. So I really hope it's not.

Coming Tonight: The last playoff team, probably sliding right into the final spot by the grace of Gabe Kapler, led by a first baseman having his best season in years.