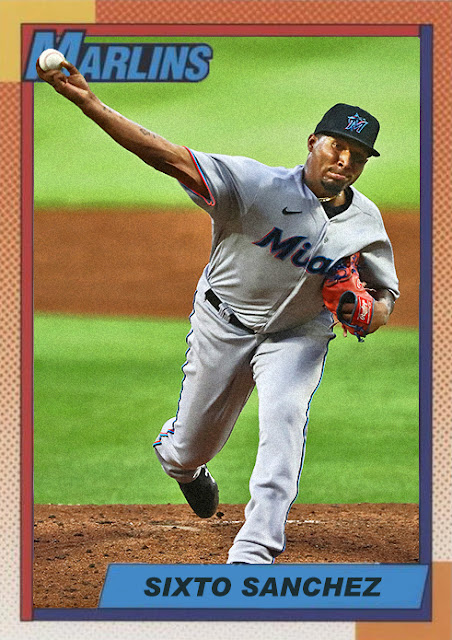 Months after being too inundated with COVID to even play, the Miami Marlins are looking at their first playoff berth since winning the World Series in 2003.

...hey, how's about that statistic? The Marlins have only been to the playoffs twice, and both times they've won the World Series. How weird is that, right?

...so...how far into the playoffs is this team thinking of going?

Look, the first round is likely going to be against a higher seed like the Braves or Cubs, so already the Marlins will be on a lower ground. In a five-game series, can they take someone like a 1st place team? Well...their core right now is red hot. Rojas, Anderson, Berti and Cooper are all playing well, Dickerson and Aguilar are producing a great deal, and Starling Marte is feeling pretty at home here.

But...the pitching is going to be frustrating a lot of NL competitors this year. The relief pitching somehow turned into a cohesive veteran unit before our eyes, thanks to late additions by Nick Vincent, James Hoyt, Richard Bleier and [albeit injured] Pat Venditte, Brian Moran and Mike Morin. The bullpen nearly dissolved in July and now it's kicking the pants off the NL, complete with Brandon Kintzler closing games and notching 10 saves.

Even better, the rotation has withstood the absences of the better numbers of Robert Duggar and Jordan Yamamoto. Jose Urena has returned, and is doing alright. Daniel Castano has delivered a few good starts. Pablo Lopez and Sandy Alcantara have been strong, reliable starters that will likely actually GET starts in the postseason....and then there's Sixto Sanchez, brought up in August and owner of one of the best WARs on the team. Sanchez in 6 starts, has a 2.75 ERA with 31 strikeouts. Any indication that he WOULDN'T be the real deal was a miscalculation. If he were still in Philly, they'd have messed things up with him by now.

The Marlins have the pitching, the depth, and the talent, to make it through at least one round of the playoffs, and potentially be a spoiler for several supposed feel-good stories lasting the whole season. I'm not saying they're definitely gonna go 3 for 3 in terms of playoff appearances, but...I'm not NOT saying that either.

Coming Tomorrow- His team lost out on first last month...but he and his power bat aren't gonna let another October slip away this time.