Thinking About the Yankees Critically 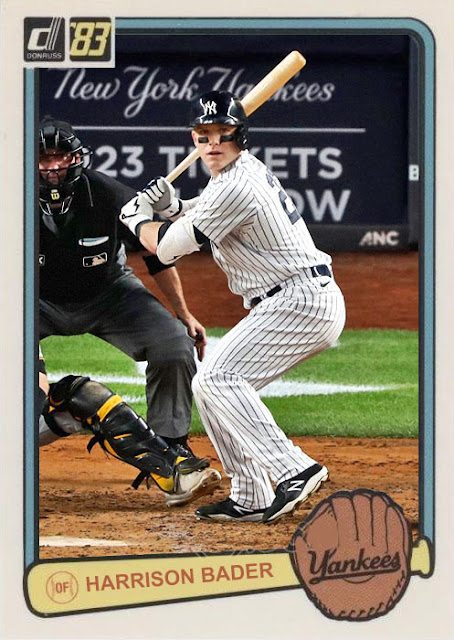 The Yankees are looking at a do-or-die Game 5 against the Cleveland Guardians in order to advance and play the Houston Astros...AGAIN...for the ALCS.

I...I dunno, guys, I kinda hoped this wouldn't be the year the Yankees wouldn't be checkmated halfway through the postseason.

Honestly, I think that the way the league has developed since the 2000s, where dynasties don't exist as much because of wild card series' and budget conservation, has affected the Yankees' hold on the league. In the past few years, a lot of the teams who've won a World Series have been teams that have had lower budgets, like the Nationals, Red Sox, and even pre-fame squads like the 2017 Astros and the 2021 Braves. At the same time, the moneymakers, like the Dodgers, the Yankees, the Angels and ultimately the current incarnation of the Astros, always sink in playoff opportunities because the current playoff model lasts long enough to allow other teams to gain momentum. As always, the fans love an underdog story, and the wild card round has allowed those underdog stories to at times eclipse the moneymakers.

I mean, look what happened to the Dodgers. 100+ wins, clobbered everybody, then once they get to October they can't sustain it. And suddenly the narrative isn't theirs anymore. And that's what's kind of already happened to the Yankees. Through July they were one of the best teams in baseball, and then they fell off, mellowed out and the narrative wasn't theirs anymore. And they didn't even get to be an underdog for any time, they got good again, got a top seed, skipped a week and are now in firing squad position thanks to a Cleveland Guardians team who has built momentum naturally, without money.

The odd part is, the people who are leading this Yankee team right now are the seriously unconventional ones. Yes, Gerrit Cole had a killer start last night, but Harrison Bader had a 2-run bomb that cemented the lead, and has been excellent since being activated. Oswaldo Cabrera has been in for IKF and has been a massive improvement, with a bomb of his own the other night. Nestor Cortes might still be our best pitcher. And one of the main pieces potentially coming back if we [somehow] make it to the ALCS is Rob Marinaccio, a Toms River relief product who's been one of our main assets in the pen this year.

So...we're playing like a lower-budget team, but at the same time we still have Cole, Judge, Rizzo and Stanton just showing off sometimes. So there's much less of a through line and story compared to Cleveland, or even San Diego or Philly.

I dunno. I still want the Yankees to win, just out of tradition, cause it's my team. But the narrative of this year doesn't include them anymore. I'd rather them advance to a World Series than someone like Houston, but I don't even know if we'd ever be able to beat Houston, and most of the MLB audience would rather put on something else for that ALCS anyway.

If the Yankees win, I hope that means they have enough to finally take down Houston. If the Guardians win, I reeeeeallly hope they can take out Houston and make for a run World Series. Hell, if it's Guardians-Padres, then somebody who's either never won or hasn't won since the 40s could take it, and that'd be rad. Or...alternatively, a 2009 rematch. All of this is wishful thinking if nobody can beat the Astros, so I really hope whoever wins this ALDS can.