Mets-Braves, as All Things Should Be 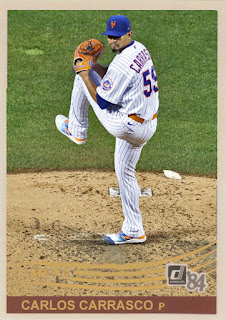 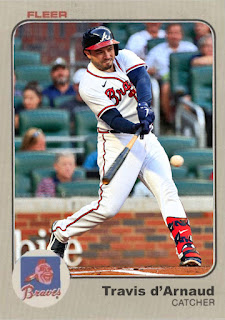 5 games left in the regular season and the NL East is even. Absolutely even.

We know two teams aren't making the playoffs, the Nationals and Marlins. We know the Phillies could make it in if they keep winning games and don't...do what the usually do and choke when all eyes are upon them. And we know that both the Meta and the Braves are making the playoffs.

But...they're tied at the top of this division. The team that leads the division gets the bye, the other has to play the Padres in the wild card series.

So you can understand why this series has been cutthroat so far. The Braves got a win to tie the division, but nothing's been easy. The Mets put up Jacob deGrom to start this series, and suddenly people have figured out how to hit him. He gave up 3 runs against the Braves yesterday, and ultimately got the loss. How incredible do you have to be to outdo Jacob deGrom? Forgetting that, in addition to those 3 runs he also struck out 11 Braves, which...I mean, sounds about right. But to get past him for some runs and to raise his ERA above 3, which is rare? You've gotta have something going on.

The Braves have been great because anybody can be the hero at any time. Yes, there are the perennials, like Austin Riley, Ronald Acuna and Dansby Swanson, but last night Matt Olson, Orlando Arcia and Eddie Rosario were responsible for runs. Travis d'Arnaud is hitting .270 with 18 homers and 58 RBIs, while William Contreras is hitting .276 with 20 home runs and 44 RBIs. Literally whichever catcher they put in will deliver. You haven't had a dual catching platoon like that since Grandal and McCann in Chicago in 2020. And then the rookies, the utility infielders, and the depth piece have made it so that most Braves hitters can be relied upon to do something awesome.

And at the same time, the Mets' pitching has been ridiculous this year. You're leading with DeGrom and Scherzer, which is already incredible, but then the other guys come in and kill it in support. Taijuan Walker, after falling apart in the second half last year, has rebounded tremendously, and has a 12-5 record with 22 Ks. Carlos Carrasco and Chris Bassitt both have 15 wins, and both are having great seasons while in the midst of their 30s. Carrasco especially has made a big impact this year as a reliable veteran presence  while keeping his stability from his Cleveland years intact. And while everybody's healthy now, David Peterson and Trevor Williams were excellent depth options that were capable of great starts when possible. Same with Tylor Megill, who was so good in the first month and a half of the season.

And then, ya know...they have one of the best closers in baseball, so there's that.

I honestly think the Braves have the edge right now, and could possibly be the better postseason team, but when the Mets get momentum they're just as unstoppable. Pete Alonso could become an unstoppable postseason hitter, and he probably will anyway. But...I still think the Braves have the better chance of taking the division. I guess we'll have to see how it all goes, though.