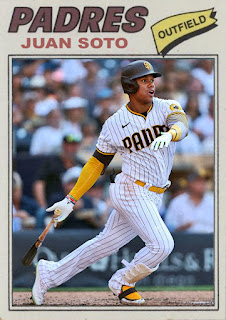 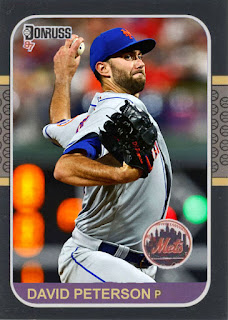 I once had a reader tell me I was being too salty about the Mets on here, so I'll try and keep an open mind. But with this...oh gosh that's so difficult.

How do you see a Mets team go from a 100-win monolith with no weaknesses to being kicked out of first by the Braves to getting railed in a playoff series by the Padres, who were lower in the standings than them, and not think it's the funniest thing ever? Even the Mets fans have been going '...I mean, these are the Mets, they do this'. How do you see the Padres go against one of the best pitchers of our generation, Max Scherzer, and completely dominate him, and not think God's just enjoying himself?

And how do you see Joe Musgrove deliver one of his best starts in years against the Mets while Buck Showalter, searching for a way to get him off the mound, complains that maybe he's using an illegal substance on his ears, when in fact it was a LEGAL substance that Showalter couldn't do anything about, and not just enjoy the entire journey of baseball history that led to this exact point? This guy was two managers before Torre in the Bronx and here he is just trying to get a dominant pitcher away from his lineup. Look, his earwax has tack on it!

The thing is, I genuinely do feel bad for this Mets team. They were right there, so close, and genuinely had the team to go far...and then things slipped slightly, a bunch of unlucky things happened in the span of a week, and now the Phillies are in the playoffs and they aren't. I genuinely thought Pete Alonso, Jacob deGrom and Edwin Diaz were gonna be big figures in this postseason. Instead, this is the latest and greatest Mets team to lose all momentum late after a big start. I really hope they can figure out how to sustain momentum, because this is terrible.

As for the Padres...look, they've got a pretty sharp team. Musgrove, Darvish, Grisham and Soto have been huge weapons for them, and now they're heading into a series against the Dodgers, a team they grappled with famously in the leadup to the World Series in 2020. It's a pretty cool revenge match, and I think the Padres have the momentum to be something of an apt opponent for these Dodgers. LA is still the better team, but the Padres have proven they have the power to upset 100-win teams.

And so the field is set. All four high seeds will be playing teams they've had trouble beating this season. The Dodgers have struggled against San Diego, the Braves have lost some games to Philly, the Astros have actually seemed human in some games against Seattle, and the Yankees notoriously blew some games to Cleveland this summer. There are stakes, history, and interesting possibilities. Aside from my selfish desire for a rematch of the 2009 World Series, I'd love to see perennial underdogs like the Mariners or Padres make it all the way.

The Mets will be back. With an exit like this, they have to be.