Fighting for the Last Chair 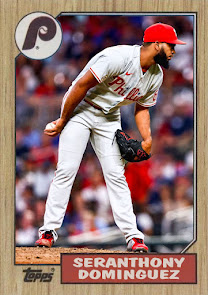 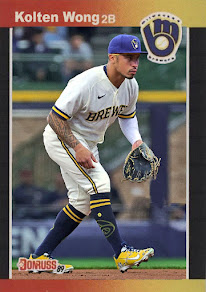 I would like you all to know that I am currently wearing my purple 1998-era Arizona Diamondbacks cap right now.

The Philadelphia Phillies are essentially a game away from making the playoffs for the first time since 2011. Though they have bobbled things recently, including a series against the Cubs where no Phillies bothered to show up at all, their dominance over Washington, while the Marlins were shoving the other wild card competitors the Brewers in a locker, brought then even closer to clinching that spot.

However, again...these are the Philadelphia Phillies we are talking about here. Though they've never been a true last place team this year, the Phillies have also had several embarrassing moments, including a miserable end to August, horrible series with the Giants and Diamondbacks, and several games without key pieces such as Bryce Harper and Jean Segura. And even if this team has given fans a 'this is the one' vibe, with J.T. Realmuto having his best season ever, Rhys Hoskins finally having a well-rounded year, and Aaron Nola finishing off what could be his last season in Philly with a gem...the Phillies have been known to blow opportunities.

Then again, so have the Brewers. I've talked at length about the 2014 Brewers, how much promise the team had and how quickly the team fell apart when a playoff spot was on the line. There have been a lot of recent Brewers teams that have had excellent regular seasons, and came within inches of a World Series in 2018, but have never conserved their momentum long enough to compete for a title. This season, the Brewers had the division for the former portion of the season, lost it when the Cardinals got super hot, and eventually found themselves gasping for a playoff spot at all. This is the sort of issue the Padres fell into last year, coasting for a wild card spot they assumed was theirs but falling apart at the wrong time.

The Phillies seem to have this playoff spot in the bag, and only really need to win 1 game to take it, but...the Phillies also have to play the Astros right now. The Brewers get the comparatively simple task of taking down the Diamondbacks. Yes, the D-Backs will be pitching Zac Gallen and Merrill Kelly, but the Astros have Framber Valdez, Justin Verlander and Lance McCullers. The Phillies thankfully have Nola and Suarez, and have thankfully left Kyle Gibson back in Philly.

I know that it's probably simple enough, and that with this momentum it could be handled easily, but...the Phillies have burned me several times before. They've had lay-up games go to waste. In fact, that's most of Philly sports in a nutshell. And then, even if the Phillies do win this playoff spot, their 'prize' will be having to go against the Cardinals, a team that Milwaukee couldn't even catch up to. And regardless of any previous Philly luck this season against St. Louis, they are hot, and they have taken advantage of Philadelphia overconfidence before.

This could be cut and dry, and simple. But with a team like the Phillies in this picture, I can't be sure.