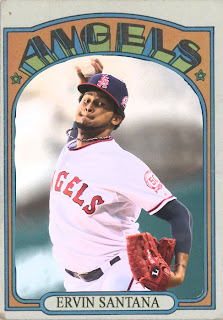 Poor Ervin. He's never really been a star, always being overshadowed by his elders. Sure, in 2006, his rookie year he ruled his team in terms of wins, but John Lackey, Jered Weaver and even Jeff Weaver overruled him in terms of star power. The next year, he was hit by the sophomore slump, as Lackey, Weaver, even Kelvim Escobar ruled the team charts. The following year, he was a decent pitcher, but Joe Saunders stole the spotlight, and Jered Weaver was still the bigger star. In 2009, he flopped again, and Jered Weaver was on top again. Hell..last year he had to contend with Weaver, Scott Kazmir, Joel Piniero and Dan Haren for the spotlight, and he lost. This year, he's been doing decently, but in terms of star power...not so much.

Coming Tomorrow- Someone I won't have to use BaseballReference.com for, an aging New York Met.
Posted by Jordan at 4:42 PM