We've discussed that 2020's Topps flagship releases were a bit upended by early print dates, late releases, and a dissonance between the season Topps needed to depict following 2019 and the 2020 season that actually happened. As the resident customizer who's begun doing customs of more contemporary designs, I figured...if I could master the 2020 Topps design, then I'd have a way of doing the 2020 Update set that should have been.

So, here we are. I outlined and commandeered a 330-card Update set...for a 2020 set that already had an Update set. I took on an entire checklist full of traded players past the deadline, rookies that debuted throughout the 2020 season, and lots and lots of relievers and bit players that Topps didn't document throughout the year. Additionally, I created simulated lineups for what would have been a 2020 All-Star Game, and littered the set with the people that, if voting and selection had gone ahead, would have made ASG teams this year.

I did a lot of work for just a set I'm doing for the blog. Who knows, maybe Topps will wander onto it, though preferably without their lawyers. I'm not doing this for profit, I'm doing this relatively legally, so the only thing Topps could give me that'd alarm me is, uh, a job offer.

So, as we'll be showing these off on a weekly basis, nine cards at a time, let's look at the first nine times of 2020 Topps Final Edition 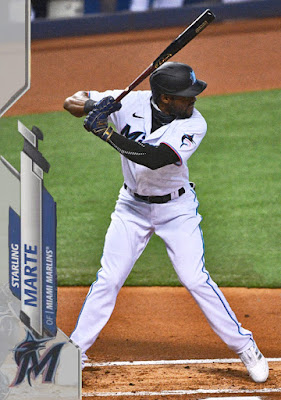 Card #001: Starling Marte, Miami Marlins
By far the biggest star to change hands at the August trade deadline, Starling Marte proved his worth in Miami, hitting 13 RBIs in 28 games in Miami. Unfortunately, a broken hand limited Marte's output for the Marlins, despite hitting .500 in one game against the Cubs in the playoffs. Marte will likely be a major player for the Fins in 2021, and hopefully he'll stay healthy enough to warrant the plethora of Topps Marlins issues he deserves. 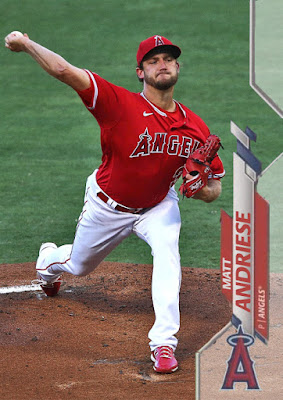 Card #002: Matt Andriese, Los Angeles Angels
A former starting option for the Tampa Bay Rays, Andriese was traded to Arizona in 2018 for Michael Perez, and bopped around as a relief options. 2020 was more of a relief year for Andriese, as the Angels utilized him in a setup role, where he posted a 4.50 ERA with 33 Ks in 16 games. Andriese will be spending 2021 with the Boston Red Sox, so I doubt many issues will exist of his fleeting Angels year, which was at least a good way of proving himself in relief. 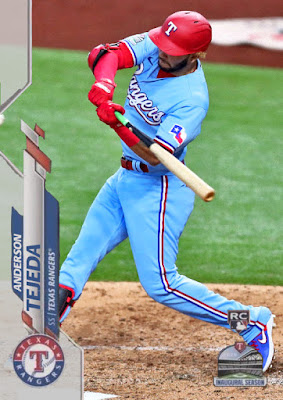 Card #003- Anderson Tejeda, Texas Rangers
Although the infield in Arlington belonged to Isiah Kiner-Falefa in 2021, Anderson Tejeda's call-up did prove that the Rangers are beginning to explore their farm system a bit more. Tejeda in 23 games sported decent defensive numbers, hitting .250 and plugging himself in at shortstop as the season went on. With Andrus heading to Oakland, Tejeda might be a strong favorite for an infield spot as the Rangers rebuild themselves. 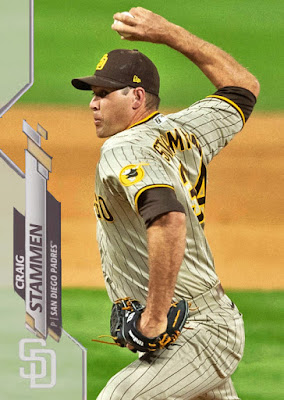 Card #004- Craig Stammen, San Diego Padres
After three strong seasons of bullpen work in San Diego, the rise of the rest of the team left Craig Stammen spread a bit thin. In 24 games, Stammen posted a career-high 5.63 ERA. At 36, Stammen may be beginning to slow down a bit, but the Padres have him signed for at least one more year, so hopefully he'll rebound enough to play to 38. 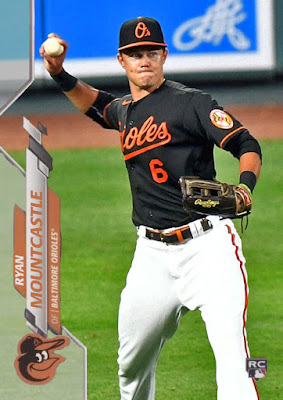 Card #005- Ryan Mountcastle RC, Baltimore Orioles
One of the first steps of Baltimore's new youth movement was calling up Ryan Mountcastle, their sturdy, contact-hitting outfield prospect. In 35 games with the club, Mountcastle hit .333 with 23 RBIs, sliding into a starting outfield spot and getting even more crucial playing time after Anthony Santander's injury. Mountcastle came eighth in AL ROY voting, and will likely be starting in left this year at Camden Yards. 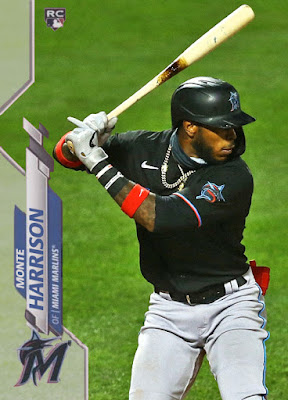 Card #006- Monte Harrison RC, Miami Marlins
Called up in tandem with fellow Miami prospect Jazz Chisholm, outfield bat Monte Harrison made a decent impression in 32 games with 6 stolen bases and solid defensive numbers despite not even remotely hitting for average. Harrison is likely to factor into the Marlins' outfield as the contract players begin to phase out. 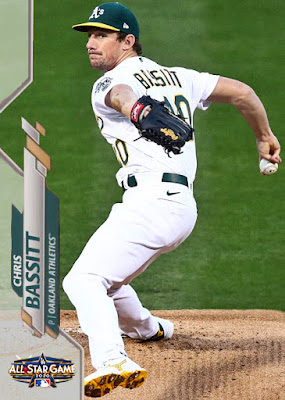 Card #007- Chris Bassitt ASG, Oakland Athletics
As much as it pained manager A.J. Hinch, who would technically still be the AL ASG manager in 2020, he had to include Chris Bassitt as one of the starting options for the AL team. Bassitt was not only the most adept arm in Oakland, but his 2.29 ERA in 11 games was a strong statement for an A's also-ran for the last few years, and a piece of evidence that the A's had finally found their ace. 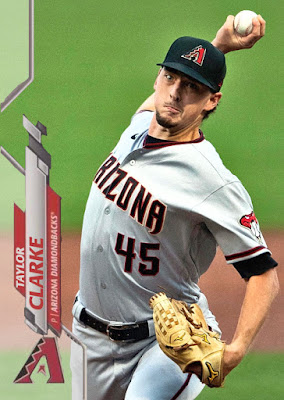 Card #008- Taylor Clarke, Arizona Diamondbacks
While Clarke's fellow late-rotation battery member Alex Young got a card in 2020 Topps, Clarke himself, who had the better season, was shunned in both releases. Even if his 2019 season was slightly more inflated than necessary, he outdid Young, and had a 4.36 ERA in 12 games, including 5 starts. Yes, it's easy for people for Clarke and Young to get lost in the shuffle considering all the big names in the D-Backs rotation, but Clarke is still a crucial member, and did some cool stuff when people weren't looking this year. 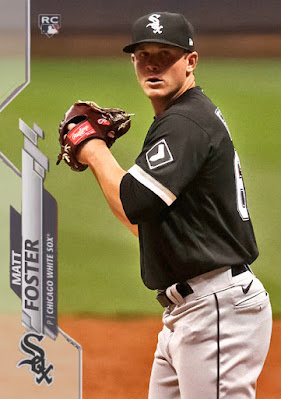 Card #009- Matt Foster RC, Chicago White Sox
In the grand tradition of Aaron Bummer and Jace Fry, Matt Foster was the new out-of-nowhere relief specialist to take the South side of Chicago by storm. In 23 games, Foster sported a 6-1 record with a 2.20 ERA and 31 Ks, being a nice safety net for the burgeoning, expanding bullpen for the White Sox.
Next Monday, I'll post the next 9 cards. There's a few fun player selections in there.
Posted by Jordan at 2:45 PM