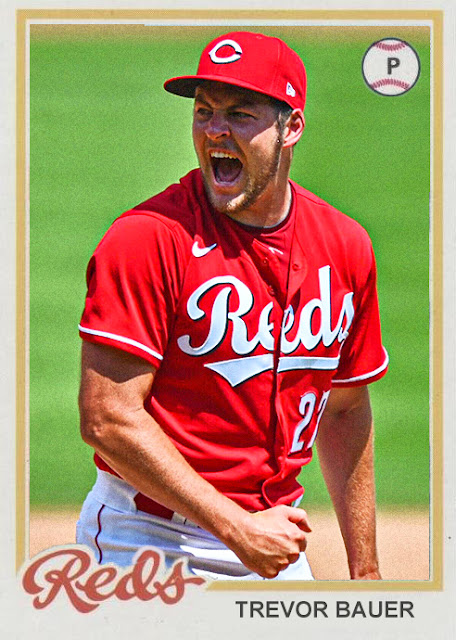 So. The biggest free agent arm on the board just went to the reigning MLB Champs. Now what?

Honestly, Trevor Bauer taking his time did add to the intrigue of it all. His hinting around on twitter did foreshadow a potential small-market contract, and Toronto and Queens were very much in the race for the better part of the offseason. However, Bauer instead decided he wanted to play for a super-competitor, signed for 3 years with the Dodgers, and now...the rest of the league might as well just shrug this season.

Let's just...examine the Dodgers rotation for a moment. Kershaw-Bauer-Buehler-May is the core, while Julio Urias and Tony Gonsolin are hovering around looking for the fifth spot but still capable of relief numbers, and the big surprise mystery factor of David Price also potentially affecting the rotation. That's seven viable pitching options. Three are Cy Young winners, five are coming off fantastic seasons, and next to none of them feel like the 'safe option' for any opposing offenses. Also, the majority of the World Series lineup is back, including Seager, Bellinger, Muncy, Betts and Taylor, all of whom will likely be looking for another strong year at the plate.

And then you think about the other powerhouse of the NL West, the San Diego Padres, who have an outstanding rotation consisting of Yu Darvish, Dinelson Lamet, Blake Snell, Joe Musgrove and Chris Paddack, with Mike Clevinger coming back in 2022. So that's TWO NL West teams with entire rotations featuring really good pitchers you don't wanna have to face. I can't think of any other division that has more than one rotation like that, and mostly I'm thinking of teams that have the potential for huge rotations like the Mets and White Sox.

So...is the NL West too stacked? Are the rest of the NL teams going to really work hard to have to outmatch the Padres and Dodgers this year? Or is this the kind of thing that gets straightened out with unknown variables and the things you can't account for? It's probably that. I do think both of these teams will go far this year, but I don't think the balance of power in baseball is too badly affected. If anything, it's nice that it hasn't been bent too far towards the Eastern divisions like it usually does.

I'm still excited to see how Bauer factors into the Dodgers rotation, and how he helps them try to get back to October.