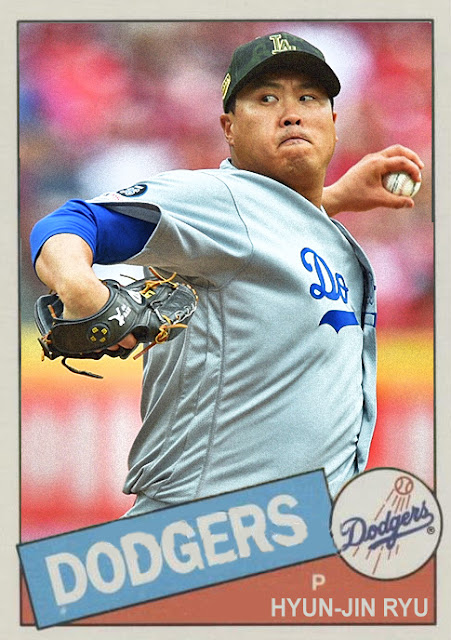 Do we...need to do the rest of this season?

You see? It's that inevitable. It's that obvious. And it could definitely happen.

Now I know what you're thinking. And you're thinking that it's literally impossible for any two frontrunners in OCTOBER, let alone in June, to make it all the way to the World Series without hitting any obstacles. It's physically impossible, because you have to just zoom through endless probabilities and outcomes.

So...unless insane things happen soon, we may be looking at a Dodgers-Astros WS rematch. And I kinda like that, because that means the Dodgers might be able to win it.

I mean, think about this. Unlike last year, their entire rotation is very healthy. Ryu, Kershaw and Hill are all themselves. Nobody has an ERA over 4. Hell, Hyun-Jin Ryu is so good that he's only given up 13 runs. For comparison's sake, Lance Lynn, who has started the same amount of games for Texas, has given up 39 runs.

You've also got a lineup where six members [Bellinger, Muncy, Verdugo, Seager, Turner, Pederson] have 1.0 and up WARs. You've also got TWO GREAT BACKUP CATCHERS, David Freese being the best bench player out there, and at the very least some home runs from Enrique Hernandez. This is a fantastic team, and this is after AJ Pollock's injury.

The Dodgers are better than they were in either of the years they lost the World Series. I just can't wait to see how they'll do in a third one.

Coming Tomorrow- His team is slowly gaining some injured players back. Which is nice. But...it's gotta help that he's been playing hella well since April, right?
Posted by Jordan at 10:06 PM