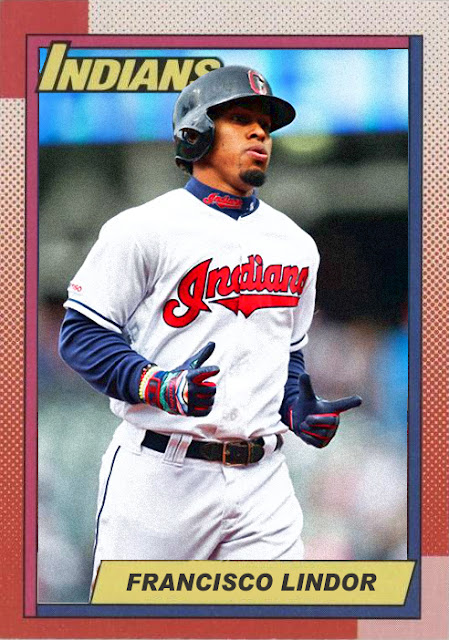 Good news: Francisco Lindor is back in Cleveland, he's hitting .293, and he'll probably represent his team in the All Star Game.

Bad news: They're...under .500. And they're just looking to bob around there for the rest of the season.

Again, a lot of the energy that made this team a contender seems to have left, even if Carlos Santana is back and hitting. Brad Hand is still a franchise closer, and Bauer and Bieber are still hot, but the rest of the once-strong rotation seems to have dried up. Jose Ramirez is having a season where he's barely hitting above .200, and Jason Kipnis is showing his age more than ever. And a lot of the roster is made up of replacements that don't have big names. Jordan Luplow? Roberto Perez? Jefry Rodriguez? The 2016 team this is not.

But all they can do is keep moving, keep shifting things around to see what fits. This is a third-place team right now, but it should be a second place one. It's honestly a matter of time and all. Oscar Mercado is heating up in the outfield, Zach Plesac's first two starts have been fantastic, Nick Wittgren's stuff is beginning to get nastier, and the team is determined to put its disappointing May behind them.

I pull for these guys, and they're always gonna be fun to me, but...I worry. Wirth this past stretch, I worry.

Coming Tonight: A guy who Hall of Fame voters are gonna have a tough time with in about 8 years. A very, very good pitcher, that's been fantastic for the Cubs...but his he Hall of Fame worthy?
Posted by Jordan at 9:34 AM