The Yanks Come Back 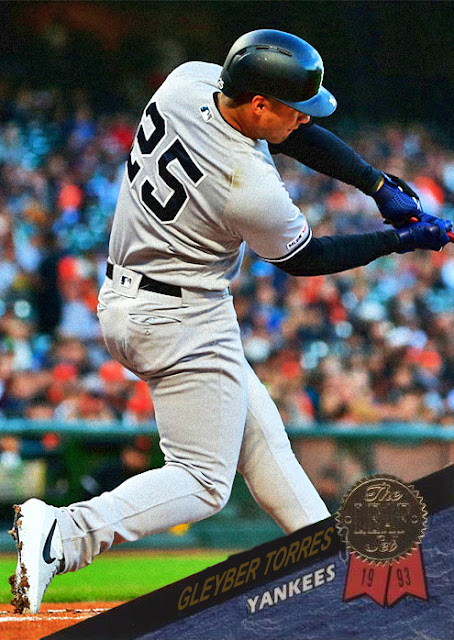 Monday could be a very big day for the New York Yankees.

According to BaseballReference.com, that is the day that two of their biggest stars are eligible to come off the Injured List. Now, it's not guaranteed that we'll get them both back on that day, because they may need more time, but...Aaron Judge AND Giancarlo Stanton have been working towards monday. The Yankees could get their two best hitters back in a single day.

Meanwhile, in the past month they've reattained James Paxton, Didi Gregorius and Aaron Hicks from the IL, and all but Hicks have immediately gotten back to what they were good at. Didi has been explosive at the plate in his fourteen at-bats. And while Domingo German has just landed on the IL, CC has just returned, and is well on his way to notching that elusive 250th win.

What intrigues me is what's going to happen to the outfield once Judge and Stanton return. I imagine Stanton will usurp Kendrys Morales' spot at DH, and Judge will replace either Gardy or Frazier. I don't know if Cameron Maybin will be demoted or not, but this may be his last full week of consistent Yankee action, which is sad, as he's done wonderfully in the Bronx.

And as for everyone else? I guess they're gonna keep on rolling. That infield of Voit-LeMahieu-Didi-Torres has shaped into something pretty great, even if this means that Gio Urshela is gonna be used less. Tanaka, Happ and Paxton have gelled into a solid unit under CC. And Chapman is having a fantastic year in the ninth.

With the oncoming activations, and with competition from Tampa looming, I sincerely hope the Yankees keep things up. This has been an insanely fun team to follow, and I'd hate for the fun to stop now.

Coming Tonight: One of two insane rookie pitching talents for the Braves.
Posted by Jordan at 9:21 AM