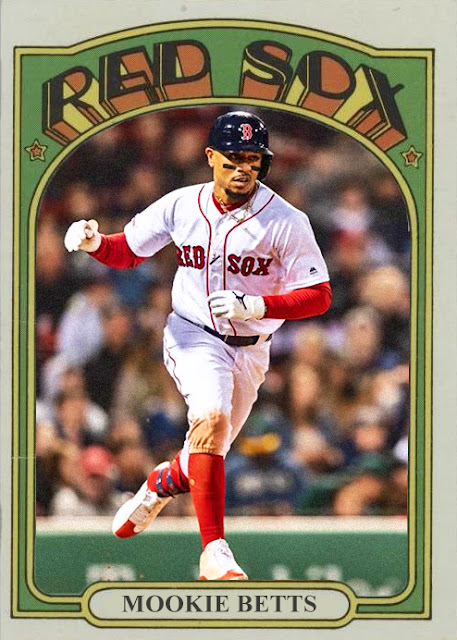 Yeah, I'm not proud of it either.

But look, as a Yankees fan, this Boston team is kinda doing what we want them to. In that they blew two games in a series with the Bombers, and have been slowly shedding the weight off of their May comeback attempt. The AL East, which has become a two-horse race between NY and Tampa Bay, may not have enough room for the Red Sox, even if they are doing kinda well.

And it doesn't hurt that Mookie Betts is still playing like an MVP. Like...it's not like Rick Porcello, where you win a major award and then there's a drop-off for the rest of your...uh, career. Mookie Betts is still a fantastic player, has already hit 9 home runs and has a .276 average, which is perfectly fine. Heck, you could argue that Xander Bogaerts is having the better season, as he's still hitting over .300, but Mookie is still kind of the hero figure, and the team comes down to him, even if he's doing...alright.

The danger comes with Chris Sale, who after a slow start is beginning to return to his former, strikeout-heavy self, and could be dangerous for the rest of the division down the stretch. Yes, the 1-7 record is scary in a bad way, but...he's gonna cross 100 strikeouts this week, so it's all kinda good. Plus, at least they have a slightly more competent ace in David Price (finally!). And it seems like they've finally decided on Ryan Brasier as their closer. He's...okay?

Look, there are definite heroes on this team: Rafael Devers, Michael Chavis and Andrew Benintendi are gonna be aiding this team for a while, and the bullpen is surprisingly alright for a team who just decided their closer. But for the defending champions, being okay all-around isn't enough. I don't want them to be in the conversation more than they are...because that would mean the Rays and Yankees would have competition, but I kinda want them to improve...slightly. Just slightly. Not too much.

Coming Tonight: The Mighty Thor
Posted by Jordan at 10:19 AM