The Price is Right Once More 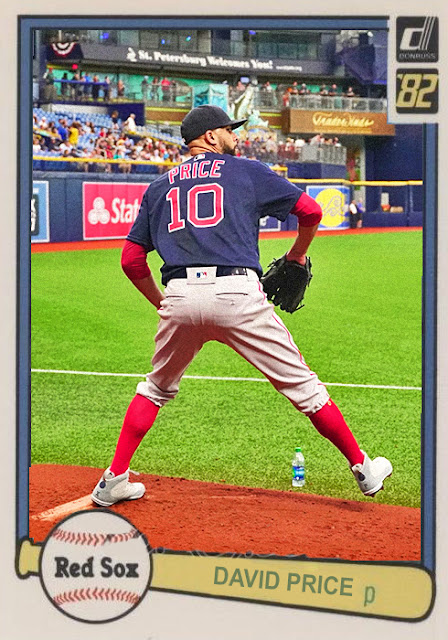 Yep. David Price is back. We had a nice run, didn't we?

I mean, to say he was really gone is kind of a stretch, because he didn't exactly have many bad seasons between 2016 and 2018, getting 16+ wins twice in that stretch, but...looking at the years where he made All Star teams, where he had low ERAs, and where he went up against the best for Cy Young votes, David Price's Red Sox tenure doesn't really compare.

Til now, I guess. Dude's got a 4-2 record in 13 starts, but with a 3.38 era and 72 strikeouts. He's not blowing the doors off the place, but his ERA is approaching peak numbers, his speed is definitely there, and he's been one of the few sparks trying to move the Red Sox back to relevance.

I mean, it's very tricky, seeing as the Sox' bullpen is dragging them back and spoiling even Price's best laid plans, and the solid, reliable lineup can occasionally leave players stranded (especially JBJ). And it's not like Price is the only pitcher trying, too; Chris Sale has worked overtime to get his ERA down since his disastrous April, and Porcello and Rodriguez are...fine.

I'll say this: the Sox have moved up to being 7 games behind the Yankees, and are still...sort of in the race. But I don't think this team is refined enough to stay in the race. They spent last offseason accentuating the wrong pieces and spending money on people that aren't amounting to shit this year. And they might be turning into what the Giants have become the last 5 years.

I hope I'm wrong, and I hope the Sox eventually get it together...preferably in a year where the central AL East battle hasn't already been decided, but...it looks a bit dire.

Coming Tonight: Yeah, about time I do one of that big home-run hitting guy from Queens.
Posted by Jordan at 9:20 AM