The Little Bench Player That Could 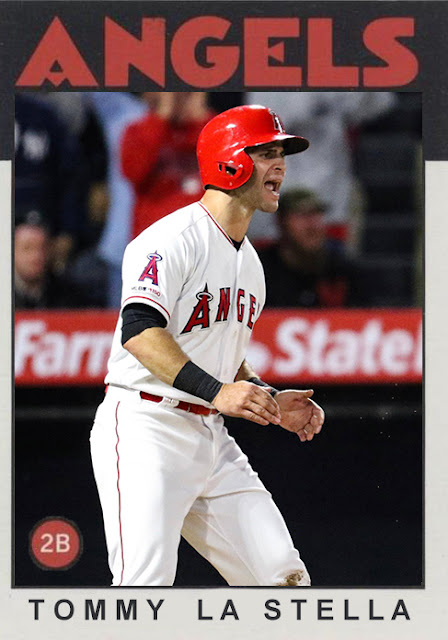 I kinda love that Tommy La Stella is starting games for the Angels this year. It just kinda makes sense.

All those years hitting like hell off the bench, and then somebody decided it'd be a good idea to pop him into the lineup. And, WHAT DO YOU KNOW, he starts hitting like hell even more consistently than he did with the Cubs. I mean, he has 13 home runs and a .315 average in 60 games starting at 2nd for the Angels.

...which means he has a better batting average than Mike Trout. Who is hitting .294, a rare number for Trout.

As a matter of fact, most of the Angels are only doing alright, with Calhoun, Pujols, Ohtani, Lucroy and Luis Rengifo hitting below .250, and Tyler Skaggs, Trevor Cahill, Andrew Heaney and Felix Pena with ERAs over 4. It's a very meh kind of deal, with some definite highlights with La Stella, Brian Goodwin, Griffin Canning and company trying their best, but...they're not getting far.

The best development of this year so far is that the farm system is beginning to spit out some nice prospects, as evidenced by Canning's impressive start. Jared Walsh and Luis Rengifo are BEGINNING to get the hang of major league play, but I feel like this is the start of the youth movement. Once they clean house a bit, the real youth is gonna come up and dominate this team. It might not be for a few years, but...I think it'll definitely be kinda soon.

For now...Tommy La Stella and his awesome style of play will tide over Angels fans. I hope.

Coming Tonight: Skadoosh.
Posted by Jordan at 9:02 AM