How are The Marlins Winning This Much? 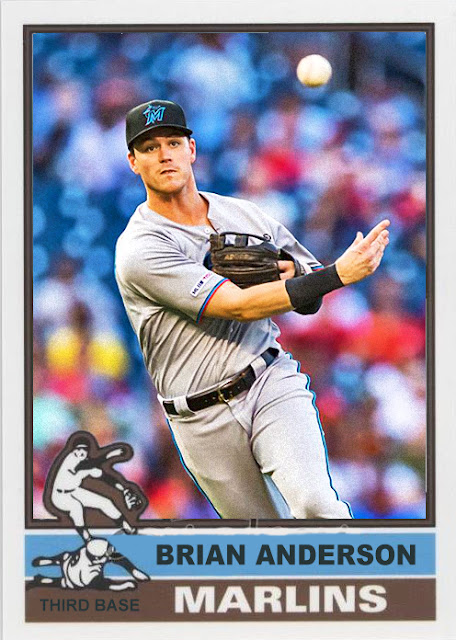 Tough day for me. Yanks lost a tough one to a surging Astros team today, powered by Justin Verlander. And the Phillies lost as well...to the Miami Marlins.

Here is where I point out that the Marlins have won four straight, and the Phils have lost nine of their last ten.

You cannot make this shit up.

What's more, the Marlins seem to be finding their identity while sitting in last. They have a solidified rotation finally, consisting of Sandy Alcantara, Trevor Richards, and three rookies, Elieser Hernandez, Jordan Yamamoto and Zac Gallen. The rookies may seem like replacements for Urena, Lopez and Smith, but they're actually doing really well. Yamamoto is the kind of guy I can see running this team in a few years (so keep him away from any and all boats), and Gallen had an impressive debut. Plus, the bullpen has two guys that are considered among the most dangerous relievers in baseball, Tayron Guerrero and Nick Anderson.

And the lineup's just coming into vogue as well, with Brian Anderson having a marquee year, Miguel Rojas building off of a few nice speedy seasons, Harold Ramirez having a wonderful rookie year, Garrett Cooper finally showing what he can do when he's healthy for a prolonged period of time, and Curtis Grandson...well, just being there.

Really, injuries could stop this team from chasing a competitor like Washington or the Mets, because they're starting to be bogged down with them (Alfaro, Smith, Walker, Prado are all on the IL). And also...despite chasing the Phils for a few games, they're still in last place in a division that essentially belongs to Atlanta. They're not winning for now, they're winning because it's a nice thing to do.

I'd love to see some highlights come from this team, but it's more likely then seeing them run for a division title.

Coming Tomorrow: For the third year in a row, the Tigers have a sole impressive pitcher going into July. God help them in August and September.
Posted by Jordan at 8:44 PM