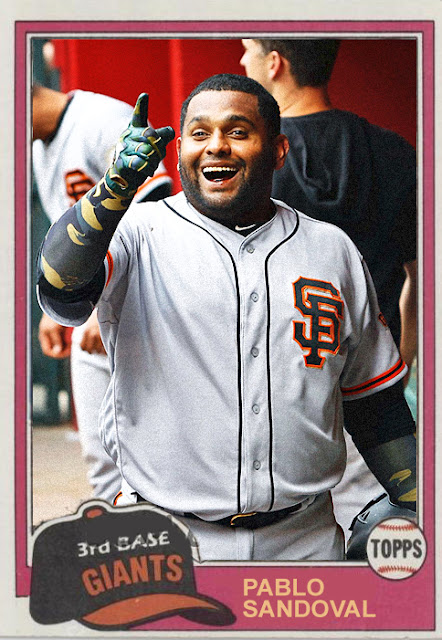 The Kung Fu Panda Renaissance is upon is, and it could not be any more welcome.

For one thing, he's got a 1.2 WAR, bigger than any seasonal value of Sandoval's since 2014, his last full season with the Giants. He and Evan Longoria are also the only Giants with WARs over 1. Oh, and the highest any of the core-members of the 2010s teams (Bumgarner, Belt, Crawford, Posey) have right now is Belt with .7

...So, to sum-up...all of the Giants are showing signs of age except for Pablo Sandoval, who's playing beautifully. Would not have called that.

Further, any traces of a youth movement that the Giants were trying to drum up...haven't worked especially well. Like, what do they even have at this point? Mike Yastrzemski is 28, Aramis Garcia is 26, and neither are doing especially well. Shaun Anderson was supposed to complement Dereck Rodriguez, but now both have ERAs over 4. The only person under 30 who's doing a halfway decent job this year is Will Smith, and chances are he'll be gone by July.

So this Giants team is going through a serious identity crisis. Their veterans aren't doing well. Their newbies aren't doing well. All that's working is Evan Longoria, who's still batting .228, and Pablo Sandoval, who's signed for the rest of the year.

Gotta be tough to be a Giants fan, but...considering the start to their decade, it kind of fits.

Coming Tomorrow- If you're playing bad baseball, you've got to at least look like you're having fun doing it. And despite being traded from one of the hottest teams in baseball to one of the worst, this guy still looks like he's having fun.
Posted by Jordan at 8:30 PM