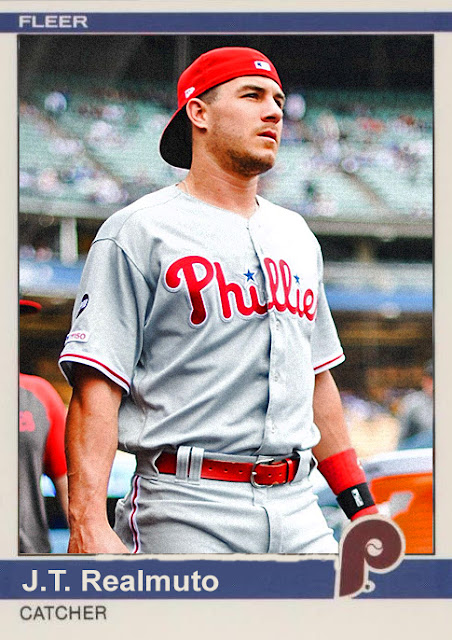 So. The Phils are out of first. Which is actually kind of the best thing for them.

I mean, I feel like they were never an especially strong first-place team. They were always a bit too close to .500 to be taken fully seriously, and the sportswriters never really did. They were too vulnerable, and being in first place when you're kind of okay is the perfect way to illuminate your flaws for everyone to see.

The main flaw was the decline of the pitching staff. The rotation definitely has some good eggs, like Zach Eflin, Jake Arrieta and Aaron Nola, but...Velazquez crapped out, Pivetta's slowly improving, and Eickhoff is fried, and the search for a competent fifth starter CONTINUES. And then the bullpen sort of dissolved into meh-ness. Nobody's doing too terribly anymore, but aside from Hector Neris (of all people), nobody's doing too great. Lot of 4 and 5 ERAs, even from veterans like Pat Neshek and Juan Nicasio. Lots of big leads being blown, kinda like the big one we had over the Braves Wednesday night.

I'd be more worried if the lineup wasn't so impressive right now. I mean, Harper is the showier bat, but JT Realmuto is HURTLING towards an ASG start. Like, as good as Willson Contreras is, Realmuto might be a dark horse in that race. He's hitting like hell, he's still one of the best defensive catchers in the league, and he's making us feel better about trading Jorge Alfaro. Trades like him, Jean Segura and Jay Bruce (who, by the way, only has 3 strikeouts as a Phillie) are REALLY paying off for us, as they're all hitting, and they're all making the team look good.

But...how the hell can I write a post about the Phillies without talking about Scott Kingery? That dude has FINALLY figured out how to hit at this level, and he's responded with a .344 average, 8 homers in 39 games, and worthy replacement numbers for Andrew McCutchen. Kingery may finally have turned into a keeper, and it couldn't have come at a better time.

So while this team isn't quite as good as the standings used to make us seem, I'm definitely not counting them out. They're one or two moves away from dominating the Braves in September, and I can't wait to see what they do next.

Coming Tomorrow- A rookie from a once-powerful, currently-vulnerable AL Central team.
Posted by Jordan at 9:55 PM