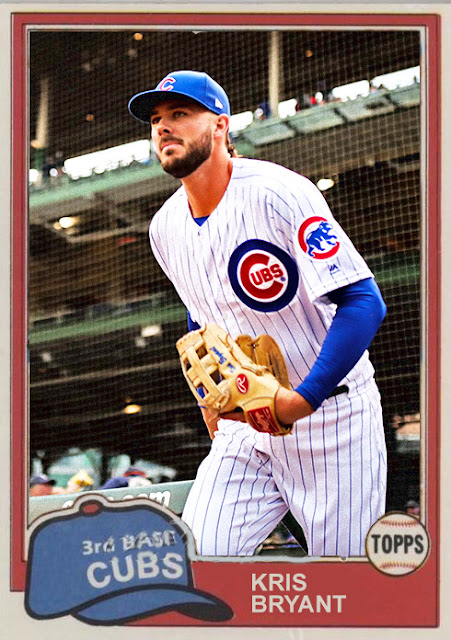 So Kris Bryant's star may have fallen slightly since 2017, after a 2018 plagued by injuries and general inefficiency. So he's off to a fine but middling start so far. So his numbers aren't close to his MVP numbers from 2016. Does this mean that Bryant's career is DOA? Hell no.

Kris Bryant is still one of the more important performers in the Chicago Cubs' rolodex right now, even if Javier Baez is the showier personality right now. Bryant and Rizzo are the two pillars of this team, as they got here early on, got good early, stayed good, and the entire team was built around them. The team is still steady around the top of the NL Central solely because Bryant and Rizzo's foundation is still strong. It helps that other players, like Baez, Willson Contreras and David Bote, are stepping up, but Bryant is still a prime contender; dude's batting .274 with 15 home runs, which is not bad at all (though Rizzo is doing a little better).

Bryant's Cubs are no longer in first place, thanks to a boom by the Brewers, but they're definitely not out of the race. Pedro Strop is a more than worthy placeholder until Craig Kimbrel arrives, Kyle Hendricks' injury opens the door for Tyler Chatwood, who's been great this year. Yu Darvish's mojo is slowly returning with every great start, and he's 8 away from an 100 strikeout season, which would definitely help his case. Victor Caratini's a pretty good backup catcher. The lineup's strong, the rotation is strong, and they're a half-game behind Milwaukee.

I'm thinking the Cubs-Brewers rivalry is gonna be the most deadly one down the stretch. The winner of that is gonna really, really deserve it.

Coming Tomorrow- Forever one of my favorites, especially now that he's having quite the comeback year.
Posted by Jordan at 7:57 PM