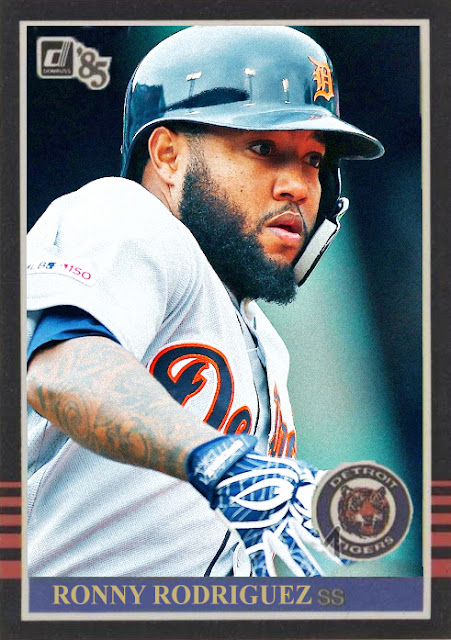 Yeah. For what seems to be the billionth season in a row...not much to talk about in Detroit.

Like last year, one played has seemed to rise above all others in terms of positive output, especially comparative to MLB numbers (not just Tigers) numbers. Last year it was Mike Fiers, and this year it's Matthew Boyd. Boyd has 88 strikeouts, a 2.85 ERA, and a very rare POSITIVE W/L PERCENTAGE (at least in Detroit). Spencer Turnbull is close enough to that level, but has a few more wins to go before I can confidently say that the Tigers have two great pitchers.

Aside from those two, there's...just a lot of meh players. Christin Stewart had a good April, Ronny Rodriguez had a good May, and neither are hitting for average. Nick Castellanos is supposed to be the captain of this team, and he's doing pretty okay, but...not good enough to warrant said superlative. Miguel Cabrera is giving his mail-it-in numbers. Shane Greene's a great closer that'll be gone by August. Josh Harrison can neither hit well nor stay healthy. Jordan Zimmermann has unsurprisingly wound up on the IL as well. Gordon Beckham is STARTING GAMES. IN 2019. THINGS AREN'T GOING WELL.

And seeing as the White Sox have usurped both the Tigers AND Indians for the 2nd place spot, I don't know if things will improve for Detroit, as they've been paddling at such a steady, insignificant pace. They are trying a bit, and the pitching is at least a highlight here, but there's not enough coherent talent throughout the team to warrant a competitive roster. Dare I say it, but they're worse than they were last year, and don't seem to be getting better.

I guess now all that remains is just to...wait patiently for Casey Mize, I guess.

Coming Tomorrow- For about a month, it didn't look like this guy would find a substantial home team, but...he's back where he was for last playoffs, and he's doing fairly well for himself.
Posted by Jordan at 9:17 PM