Revenge of the Nerd Power 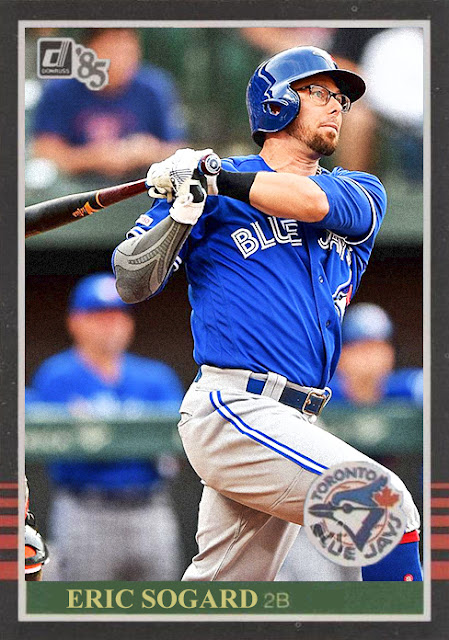 I'm not saying he doesn't deserve it. Dude's been kicking around for the majority of the decade, adding some bench pep to great Brewers and A's teams for as long as I can remember, and all this without being more than a steady starting infielder. It's not like he's been fantastic for years and we haven't noticed. His best year was a .273 year in 2017, coming off the bench for Milwaukee.

Of course, right now, he's batting .315 with 7 homers for a Blue Jays team that was tired of Devon Travis getting injured for the millionth time. And if you think it's weird that Sogard is the single best hitter on a team featuring Lourdes Gurriel, Freddy Galvis, Randal Grichuk, and both Cavan Biggio AND Vladimir Guerrero Jr....you're not alone.

And what I love about Sogard is that the fans have fully gotten around him, with the whole Nerd Power thing being a fitting calling card. And look, it's very in-character for Toronto's fanbase to rally around the underdog. They've been doing it for years; guys like R.A. Dickey, Ryan Goins, LaTroy Hawkins and Lyle Overbay have thrived in Toronto. You don't have to be big and strong and hit home runs like Jose Bautista to be a Blue Jays hero, although it certainly helps.

And that's gotta be why Sogard is already so beloved in Toronto. I mean, if he keeps it up he'll never have to buy a beer in Toronto again. And look, I don't know how much longer the Sogard era will last in Toronto, as they're gonna be doubling down on the youth movement and bringing up Bo Bichette pretty soon. But...I'm glad it's happening. Other than a monster season from Marcus Stroman that...will likely be ending somewhere other than Toronto, there's not much to say about this Jays team, so I'm glad at least some of it is some fun Eric Sogard stuff.

Coming Tonight (?)- I have a Marlins custom cooked up, but I am currently heading to a Yankees game on this lovely sunday in Jun....wait a minute. Today's Old-Timers Day, isn't it? Shit, I may have to post about that tonight....
Posted by Jordan at 8:31 AM