The Way of the Odo 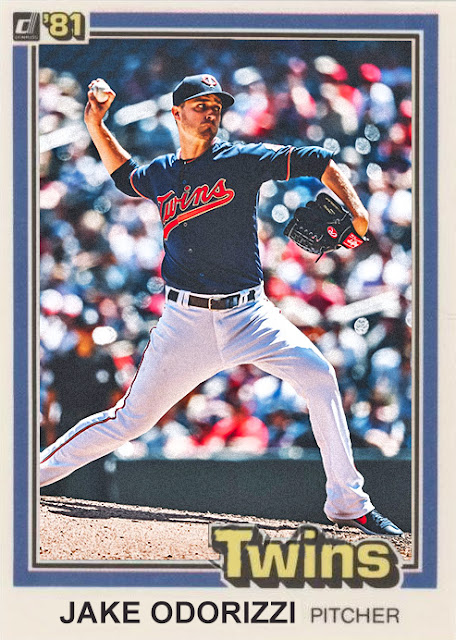 I'm gonna say something shocking. I know it's early, but I need to say this:

The Cy Young voting needs to include at least one person who's a realist. Someone who's more well-versed in logic than in sabermetrics. And I say this because when we're totaling up who was the best pitcher of the year, that realist will come forward and say 'Yes, but aren't we going a bit over our heads here?' We would have LOVED someone like that voting in 2016, just so they could come in and go 'I mean, REALLY? RICK PORCELLO OF ALL PEOPLE? WHEN JUSTIN VERLANDER'S HAD THE YEAR HE'S HAVING??'

I say this is a shocking point because said realist wouldn't have found anything wrong with the results of the 2010 Cy Young voting. Because as a Yankee fan, I do not count as a realist. Most New York sports fans do not think realistically. I should not have to explain this, but if you need an explanation, I direct you to the Knicks fandom.

If a realist will not suffice for Cy Young voters, then I'd suggest they get a soothsayer some voting privileges. Because they can see whether or not this Cy Young award is gonna be the only thing on this guy's shelf other than a jar of peanut butter. And I'd be interested to see what they'd see with the rest of Jake Odorizzi's career.

Odo is having a fantastic start to the year, with 9 wins and a league-leading 1.92 ERA. He's part of an ironclad rotation featuring Jose Berrios, Kyle Gibson and Martin Perez all playing beautifully. And yet I get the feeling that if Odo does finish out the year as well as he started, therefore qualifying a Cy Young case...firstly he'd be taking it away from Verlander again, which isn't fair, and secondly...I worry that this is just the oddsmakers taking advantage of a generally flukey year from an alright pitcher.

Like...Jake Odorizzi is a fine pitcher, don't get me wrong. He's had solid years with Tampa, and his Twins debut year was...passable. But I look at his previous years' stats, and I just see a lot of lines of very okay work. Like, a 10-6 season, a 10-8 season, a 4+ ERA here, a 150 strikeout year there. I'm not seeing anything league-defining until this year, which makes me wonder if Odo will do anything league-defining after this year. It's the same thing that's sort of plagued Rick Porcello ever since his Cy Young win. It's also the same thing that's hurt Jason Vargas ever since his crazy 2017- one good year, in the absence of others, can ruin a pitcher's longevity.

Maybe I'm wrong, and maybe Odorizzi has like 5 straight Cy-Young-caliber years after this, but...at least with someone like Max Scherzer and Corey Kluber, who took some time to start dominating the league...at least they showed early signs of dominance with strikeout numbers and such. I didn't really see too many early signs with Odo's early numbers.

Coming Tonight: A guy who hit a home run during the playoffs last year, and became such a great postseason reliever that he's leading this team's rotation right now.
Posted by Jordan at 9:47 AM

Labels: a brief tangent about absolutely nothing, Custom Cards, Jake Odorizzi, things i do not understand, Twins