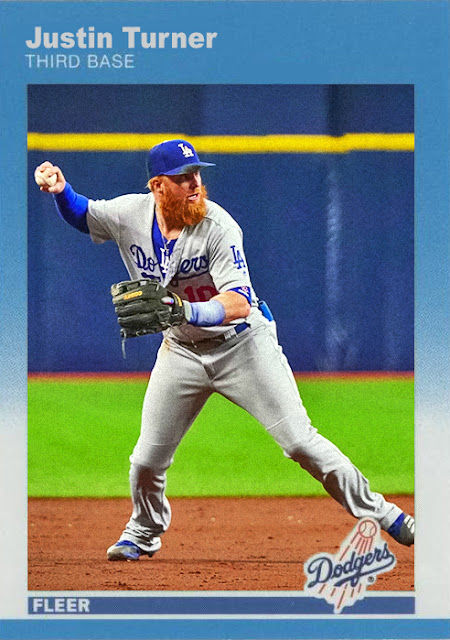 This is one of those weeks where the Dodgers have lost 4 of their last 5, and since this happens so rarely, it should be accompanied by a parade or something. Like, it's national 'Dodgers are in a rare slump' week. You know it's not gonna last, but...you wanna wave as it passes by.

Looking at this team, it makes sense that these slumps only happen a few days at a time. Three guys have 20+ home runs, the highest starter ERA is Kenta Maeda's with 3.76, there's a pitcher with 100 strikeouts who isn't named Clayton Kershaw, and they are perfectly capable of hitting 60 wins before the All Star Break (which is a very, very big deal).

And if you look beyond the guys like Cody Bellinger, Max Muncy and Walker Buehler, who are recent additions, you'll see that the members of the old guard, like Justin Turner, Joc Pederson, Hyun-Jin Ryu and Kenta Maeda are all doing the same, consistent stuff they've been doing. Ryu has been on a lot of people's Cy Young shortlists, while Turner is hitting .300 with 32 RBIs and 82 hits.

Right now, the only issues the Dodgers are having seem small, like Corey Seager and Rich Hill's injuries, but...you can also see the next generation beginning to be seeded in. Matt Beaty, Kyle Garlick and Will Smith have been playing a lot, especially considering how set-in-stone this lineup felt in April. The Dodgers also gave a start to Tony Clifton-I MEAN...Tony Gonsolin the other day, and while it went less than swimmingly, it cemented the fact that the Dodgers are still trying to keep the team rejuvenated and young, while also keeping its current incarnation healthy and strong.

Not a ton these guys are doing wrong. Hope they keep it up.

Coming Tomorrow- This guy's about to start his very first All-Star Game, and I couldn't be happier for him.
Posted by Jordan at 9:02 PM