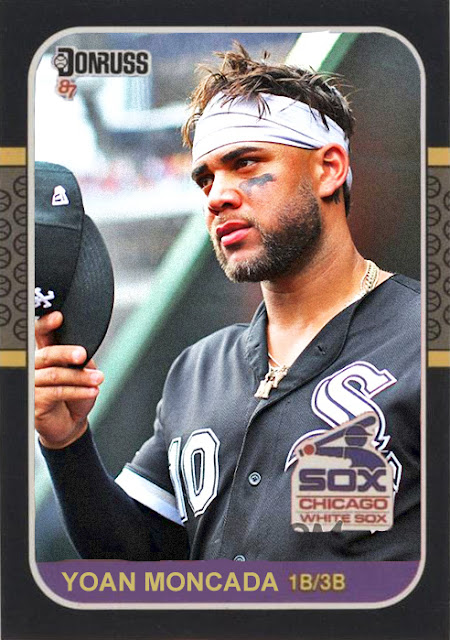 The White Sox have separated themselves from the pack in the AL Central. They're ten games ahead of the Tigers and Royals, and have used an early-June push to solidify their position...as third place finishers.

Look, man, the Sox are an okay team, but in terms of all the other okay teams out there (Nationals, Mets, Pirates, A's), the White Sox may have to most to say for themselves.

Like, just in the past few weeks, Eloy Jimenez, Lucas Giolito and Jose Abreu have all caught fire, adding to the canon of guys like Tim Anderson, James McCann, Leury Garcia and Alex Colome, who are all doing well. Some people have gone so far as to say that Giolito is one of the best pitchers in the AL right now. I wouldn't, but...some people would. And have.

Additionally, Yoan Moncada is FINALLY having a nice season, like 3 seasons after the White Sox brought him on as the new rookie superstar. Greatness takes time, I guess. But he's finally got a nice average with .296, has hit 12 home runs already, and has a 2.2 WAR, one of the highest on the team. That infield in general, of Anderson, Moncada, Abreu and Yolmer Sanchez, is finally simultaneously hitting its stride, and it couldn't have come at a better time.

What's killing the Sox right now is the lack of impressive pitching outside of Lucas Giolito, which means we're back at the exact same problem they had with Chris Sale...which means they haven't made a hell of a lot of progress, have they? Names have changed, but the problem is still exactly the same. And while the hitting is elevating this team more than usual, the pitching is killing its chance at competing fully. Which is sad.

Unless a major rehaul happens to the back half of that rotation, the Sox may be in for another depressing July.

Coming Tonight: Back to his home-run-hitting ways in a city that seems to be giving up a lot of those to other teams.
Posted by Jordan at 9:24 AM