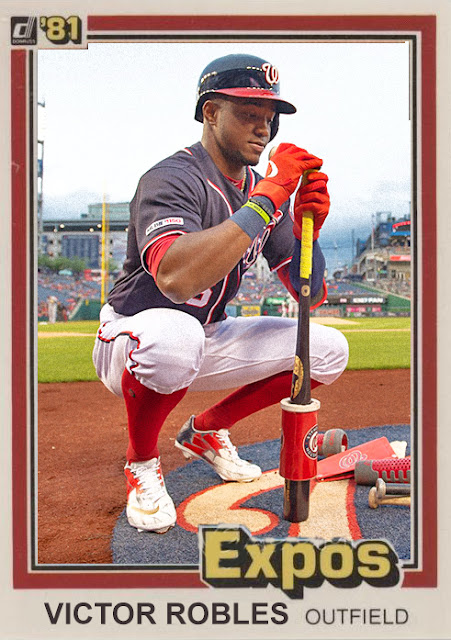 And just like that, we're down to this: the Nationals are nothing more than their top three starters and their star third baseman. That's all that they have to show right now.

It's not like they're not trying, or anything. Victor Robles has made it as a starter after years of trying. Matt Adams is putting in some nice effort as a starter in place of Ryan Zimmerman. Howie Kendrick's doing a better job at 2nd than Brian Dozier. And Kurt Suzuki is having a good enough year backing up Yan Gomes.

But...you can see that the life has been sucked out of this team with the absence of Harper. Trea Turner's having a very underwhelming year, the bullpen has deflated, signings of Anibal Sanchez and Brian Dozier have resulted in mediocre numbers from both, and...the team just doesn't feel inspired. They're in fourth place in the division, and are coming off of a ten game streak where both they and the Marlins have won 7...and yet I'd go so far as to say that the Marlins have more momentum.

I'd hope for good things for this Nats team, but...the NL East seems to be pretty competitive already, with the Mets making a run towards the Braves and Phils. I don't know if the Nats have much of a shot, even with the Marlins 4 games behind them.

Coming Tomorrow- For the second year in a row, they're fighting for a second place that doesn't mean anything. At least this rookie's doing kinda well.
Posted by Jordan at 9:59 PM