Revenge of the Moose 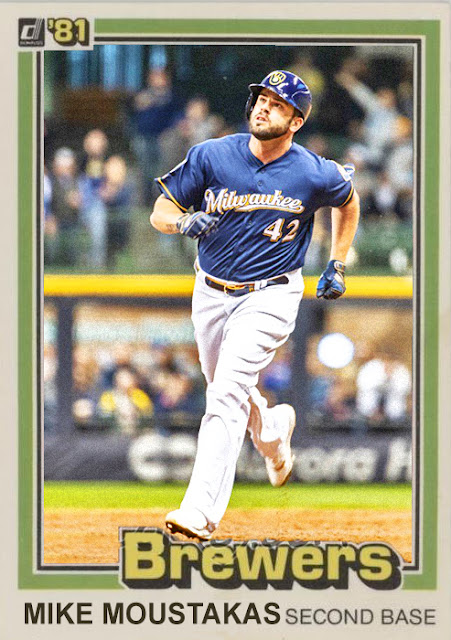 So, I know there's a lot to talk about with the Milwaukee Brewers, but here's an unlikely stat- Mike Moustakas is on pace to have his best season since 2015. He's already got 1.9 WAR, his year total in 2017, when he got an ASG nod, and close to his 2.1 ROYALS total in 2018. But he's getting to the type of consistency that'd lead him towards topping his 2015 record of a 4.4 season total.

And keep in mind: he's doing this as a second base/third base swingman. This guy has, to this point, been a career third baseman, and only took this position to gain mobility with Jonathan Schoop and Travis Shaw last year. And now...he's so damn good at it that it must have hurt when he was moved back to third to accommodate Keston Hiura's call-up.

But even something like that is dwarfed by all the weird and wonderful things coming out of Milwaukee this season. You have Hiura's impressive rookie campaign, Christian Yelich hitting 21 home runs before June, Ryan Braun having a halfway decent year for the first time in half a decade, Brandon Woodruff appearing as the staff ace, Gio Gonzalez returning from the Yankees minors to get back to solid work, and Zach Davies having one of the lowest ERAs in the MLB right now. So many fun players and stories, and it's only June 2nd.

Yes, the Brewers are still in 2nd place, but have separated themselves from the competition below, 3 games ahead of both St. Louis and Pittsburgh, and 5 games ahead of Cincinnati. They're cruising at a relatively alright pace, with a split .500 in the last 10 games, and a series with Miami coming up. They're at a nice place, and could build more momentum as we get closer to the end of the season, kinda like they did last year.

Not a huge amount of change with this team, but considering how powerful this team's been so far, I'd say that's a good thing.