Journey to the Center of the NL West 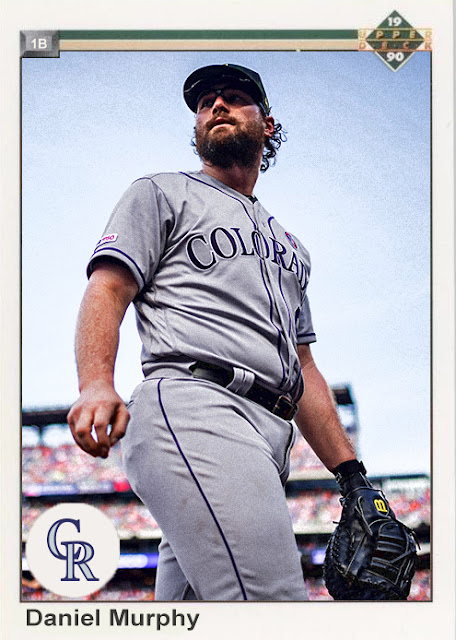 Everything else is fair game.

Right now, the Rockies are in second, after some smashing performances from Nolan Arenado, Charlie Blackmon and German Marquez over the past few weeks. And if this were a simple season, they'd sort of waltz their way to another wild card victory. Despite initial concerns, the core of last year's team is still definitely in play in Colorado, and they seem to have strengthened themselves for an even longer run.

The only problem is that right now, they, the D-Backs and the Padres all have the same amount of wins.

I would even make the argument that, like last year, the D-Backs are just as good as the Rockies. Both have some impressive pitching anchors (Marquez and Greinke), and both are getting veterans to provide unlikely momentum (Daniel Murphy and Adam Jones). And I can even say that both have their flaws. Like...what in God's name is the back half of the rotation in Denver? Or, why is there no one competent on the bench for Arizona? Or how come the big source of power for both teams, Ian Desmond and Christian Walker, are just so...meh?

And also the Padres are in the race as well. They're a bit more flawed, though, and something tells me they'll end up in fourth.

I do think D-Backs-Rockies is gonna be the big race again this year. Will either of them catch LA? Probably not, but...you can never really predict much in this division. Remember, last year I thought the Rockies would end the year by finishing 1st in the NL West for the first time ever, and that still has yet to happen.

Coming Tomorrow- After a few seasons of...for lack of a nicer term, mediocrity...I can safely say that this guy's one of the best pitchers in the AL again. I just wish he was pitching for a better team.
Posted by Jordan at 10:03 PM