Situation Normal; All Fowlered Up 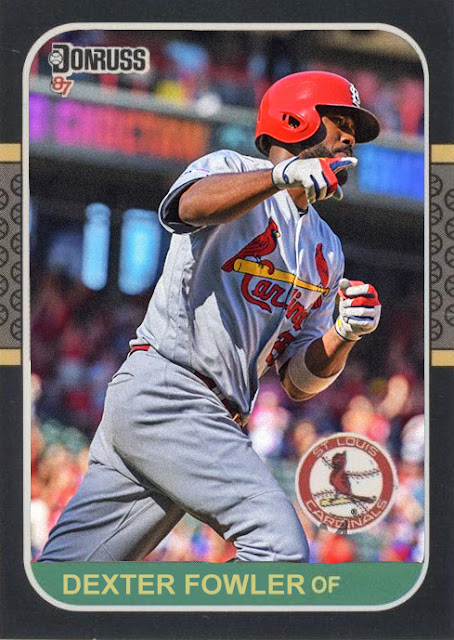 Meanwhile, in the NL Central, the Cardinals are just barely above .500, and one of their best players, Dexter Fowler, is a guy who they had no idea could actually do well in a Cardinals uniform.

And look, I'm happy for Dexter Fowler. Ever since Colorado, he's always been one of the good ones. He was fun in Chicago, he was fun in Houston, and now that he's in St. Louis, he's...slightly less fun? I mean, I'm glad he finally got it together, and I'm glad he's hitting well enough to quality for a positive WAR, but...the team isn't as good as it was when he was slumping.

I mean, let's be honest with ourselves: Paul Goldschmidt in St. Louis sounded a lot better on paper than the version we've seen so far this year. We were warned Goldy could be this tepid in the first few months of 2018, and we brushed it off once he started hitting again, but this is a very okay performance from a player who's done so much better in the past. And look, 12 home runs is nothing to scoff at, but...we've seen him hit over .300, and a .267 is a bit too okay from what we're used to from him.

Plus, the once-strong old guard of the Cardinals, including Yadier Molina, Matt Carpenter and Adam Wainwright, are showing their age big time this year, with Yadi on the DL, and Carp and Waino averaging a .6 WAR. And the kids are...sort of taking over? This is pretty much Paul DeJong and Kolten Wong's team, while Harrison Bader has been heating up. Thankfully Dakota Hudson has got his ERA back down, but he and Jack Flaherty are the sole promising parts of this rotation.

With the Cubs and Brewers battling it out on top, there's not much left for the Cardinals to do but spoil things for someone. Which they can definitely do.