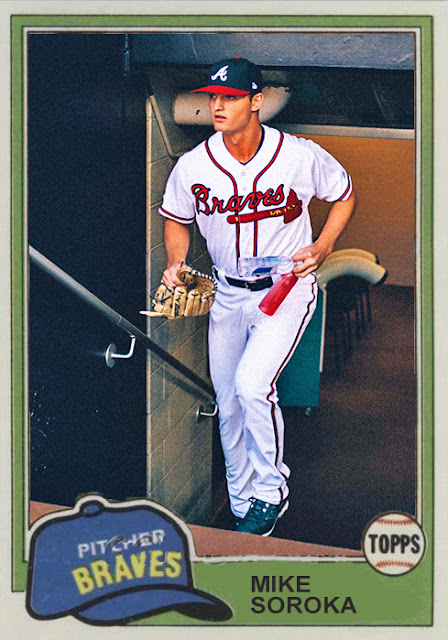 Last time I wrote about the Braves, I audibly said that they had less flaws than the Phillies, and that they had more of a reason to be in first. Somebody heard me, because as of last night the Braves are in first in the NL East.

And as much of a Philadelphia sports fan I am, I have to say that this shift in the standings is warranted. The Braves have been doing everything right in the past few weeks, powering through their bullpen troubles by slotting Luke Jackson into the ninth, signing Dallas Keuchel to eventually take the empty rotation spot, and finalizing their already-stellar lineup. The Phils, meanwhile, had been backpedaling, with some pitching troubles and a deadly injury to Andrew McCutchen. Not even a great-hitting Jay Bruce could stop that skid.

But, the question is: now that the Braves are in first, will they stay there? Because the bullpen could very well rip open again now that they've finally gotten to first (which is what happens when you wait until June to try and sign Craig Kimbrel).

Good news is the rotation doesn't seem to be problematic, even without Kevin Gausman. The solid four of Julio Teheran, Max Fried, Mike Soroka and Mike Foltynewicz is strong enough to keep the team's momentum going for a bit. Fried and Soroka have been especially welcome, as both are strong young arms that have been gestating for a while in the minors. Soroka has 7 wins and a 1.92 ERA in 11 appearances, so his Rookie of the Year case is steadily being made. And Fried is doing a similar tactic, but with more strikeouts.

And also, not many people have noticed this, but Julio Teheran is having his best season since 2016. The last two years, he's been inconsistent and slightly bothersome for the Braves, but now he seems to be back to his dominant, early-2010s self, and it couldn't have come at a better time, either.

I'm interested to see what this rotation will look like with Keuchel, which is nice, because he doesn't seem to be too far away from joining the club.

Coming Tomorrow- As airtight as Justin Verlander's Cy Young case is...this guy from Minnesota might be the one guy who could challenge him.
Posted by Jordan at 8:50 PM