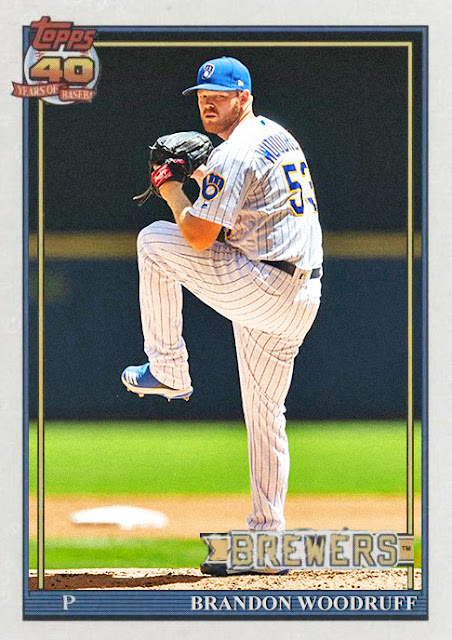 And right as the Brewers reenter first place, everything just kinda clicks for them.

I mean, forget about Yelich and Mous and Cain and all the guys that were already golden for them. No, the stars of this June run belong to the pitching staff. And that's nice, because pitching was the one question mark throughout most of their 2018 season.

The biggest improvement has to be Brandon Woodruff, who was a long-man last season, got some big hits in the NLCS, then FINALLY was moved to the rotation, where he's had an impressive 8-1 record with 96 strikeouts, which is the kind of start the Brewers have needed from a pitcher. And for the record, Zach Davies ain't doing much worse, as he hasn't lost a game yet, although he has half of Woodruff's strikeouts. Woodruff might just be the Kluber-esque big-game pitcher the Brewers needed, and the one they thought they had with Chase Anderson.

Plus, with Gio Gonzalez coming off the DL soon and Chase Anderson doing better than his 2018 second half, the rotation is in better shape than it's been in over half a decade.

And...need I even say that Josh Hader is one of the best closers in baseball? Shouldn't that go without saying? I mean, the dude's a beast, he throws hella hard, and he hasn't lost his mojo yet. Brewers are lucky to have him.

The Brewers are just gonna need to make sure they don't get too cocky this stretch, because it's caught up to them before, and the Cubs have taken advantage of it. As this has essentially become a two-horse race between Milwaukee and Chicago (again), the Brewers need to step ahead a bit more with their offense, and firm up a few weaker points in their roster. I do want them to repeat atop the NL Central, but it's gonna take some work this year.

Coming Tomorrow- One of the best players in baseball on one of the meh-est teams.
Posted by Jordan at 10:50 PM