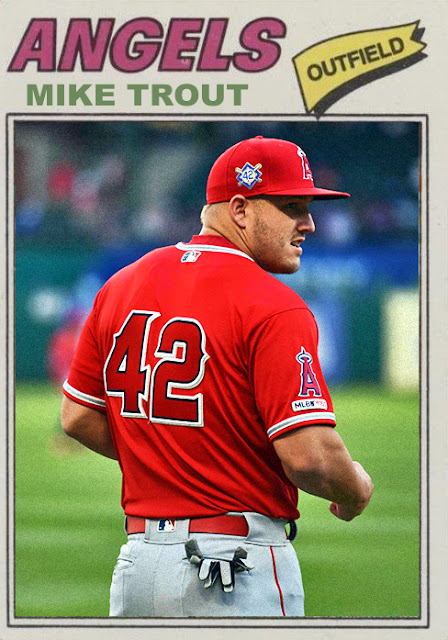 The Angels are one game short of .500. Looking at this team, it's...believable, but knowing the team we thought we'd be getting, as well as the team we started 2019 with, it's...hard to believe they still got there.

The Angels are one of those teams where you can never really tell who's gonna stay healthy, and what the team's gonna be without substantial injured players. Thankfully both Garrett Richards and Matt Shoemaker are no longer with the team, but...Zack Cozart is doing his usual injury-prone schtick, and now Andrelton Simmons is following suit. So the question is, if you subtract those two great players, do you still have a great team?

I would say you do. For the first time in a while it feels like it's not just Mike Trout doing the brunt of the work. I mean, it certainly HELPS that he's having another stellar 22 homer, 5.2 WAR season. But this is also the kind of team that...in the event of a Trout emergency, or Troutmergency if you will, could get by.

Because...Tommy La Stella is finally playing like a star. David Fletcher is fulfilling his potential at third. Kole Calhoun and Justin Upton both seem to be on, and Brian Goodwin is a pretty smooth choice for a backup outfielder. Luis Rengifo is a fine infield prospect. Griffin Canning is the ace the Angels have been waiting for. Hansel Robles is doing a great job in the ninth. Lots of good things are happening to this Angels team, and even if the rotation needs a bit of work, there's a ton of promise.

The Angels-Rangers-A's carousel is gonna go 'round a few more times until we figure out who's actually gonna be taking 2nd for the last third of the year, but the Angels could be one hell of a spoiler. They actually have depth beyond Trout, and I'm glad it didn't take another few years, too.

Coming Tonight: After a tepid box office response to his summer tentpole Aladdin, he prepares for a promising fall release from Ang Lee, and he-...what...OH, not THAT Will Smith? Ohhh...okay.
Posted by Jordan at 9:52 AM