Revenge of the Rockies 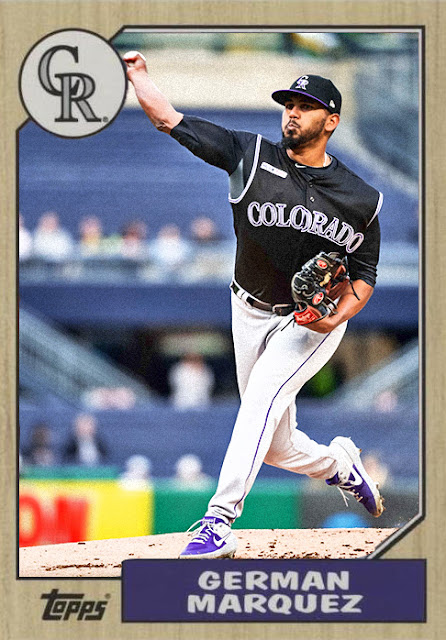 The Rockies...had a bit of a slow start, especially after rushing into the playoffs, taking down the Cubs and becoming a fun wild-card threat out of nowhere last year. The main reason why I wrote them off early last year is because a lot of the fun, built-up team from last year, including Carlos Gonzalez, DJ LeMahieu, Gerardo Parra, Adam Ottavino, and a cameo by Matt Holliday, was gone, and the replacements were, at least in April, futile and forgettable.

...well, one Brendan Rodgers call-up later, and we're off to the races.

The lineup has become pretty damn strong, with Daniel Murphy's average finally passing .250, Story and Arenado nabbing 15 home runs apiece, and only a comparatively weaker Ryan McMahon and a 'this is what we've got'-era Ian Desmond batting under .250. Blackmon's back tomorrow, Raimel Tapia's finally hitting at a major league level, and Tony Wolters has become a worthy starting catcher.

And while Kyle Freeland's demotion has been kind of disappointing, the rotation of German Marquez, Jon Gray, Antonio Senzatela, Chad Bettis and now Peter Lambert is, while a bit uneven in parts, still pretty great. Marquez has become the franchise ace that the team's been needing for years, while Gray is working towards a 4.10 ERA, which is low both for him AND Colorado. And with Wade Davis on the DL, Scott Oberg has slid in smoothly for the closing position.

This is a fairly sharp team with some definite aspirations and talent, and they could go far. However, the Padres and D-Backs are also in the race, and have also held onto the division second place spot. So it could go several different ways.

Coming Tomorrow- Former Phillie, current background character in what has become the Vlad Jr. Show.
Posted by Jordan at 9:09 PM