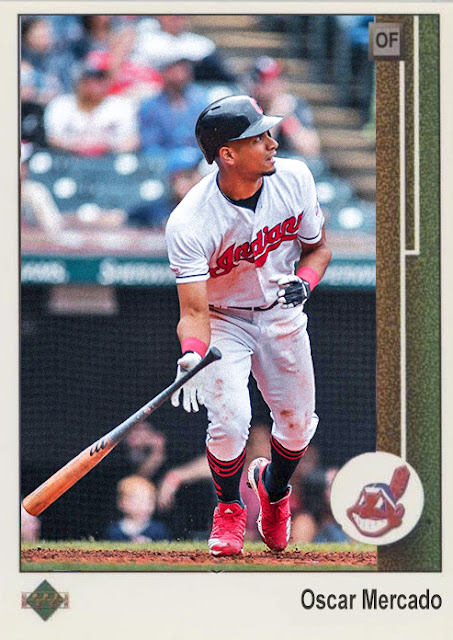 The good news is that the Cleveland Indians have been a lot better in June so far. The bad news is that they're still missing Carlos Carrasco and Corey Kluber. So while they're good, they still have a ways to go before they catch Minnesota, and in a year where there's an intriguing Wild Card race going on in the AL East, it's gonna take a lot for the Indians to keep the second spot.

Well...thankfully the Indians are taking this opportunity to build up from the farm system again, seeing as they don't want their core to get too old, and have seen this down season as a perfect opportunity to rebuild again while keeping pieces of the initial core intact. So rookies like Zach Plesac and Oscar Mercado are being intermixed with veterans like Trevor Bauer and Francisco Lindor, and it's coming off cleanly. It's not like one piece is trying to upstage the other (like the Pirates), and it's not like both pieces are incompatible (like the Giants).

Hell, look at Oscar Mercado. He's gotten off to a great start in his first 24 games, hitting .304 with 13 RBIs, and booting Tyler Naquin out of yet another starting outfield campaign (poor guy). He's already MLB-ready, without needing a ton of time to buffer...which is kinda like Jose Ramirez and Francisco Lindor were when they came up. Hell, Zach Plesac has a 2.92 ERA and 20 strikeouts in 4 starts, which is the kind of nasty work that the rotation has been thriving on this year (thanks to Bieber and Bauer). Kind of reminds me of the start Mike Clevinger got off to when he came up, which...OH HEY, GUESS WHO JUST GOT ACTIVATED?

I mean, I know the Indians were trying to prepare for a Kluber-less rotation, but...this Bauer-Bieber-Plutko-Plesac-Clevinger rotation is pretty damn awesome.

So, despite the bundles of okay players in the lineup (even if, you know, one of them just hit for the cycle), there is still some promise from this team. I'd just...like a bit more.

Coming Tonight: Three years ago he was one of the most ubiquitous stars in baseball. Now...he's still good, but not the star he used to be. Why??
Posted by Jordan at 10:36 AM