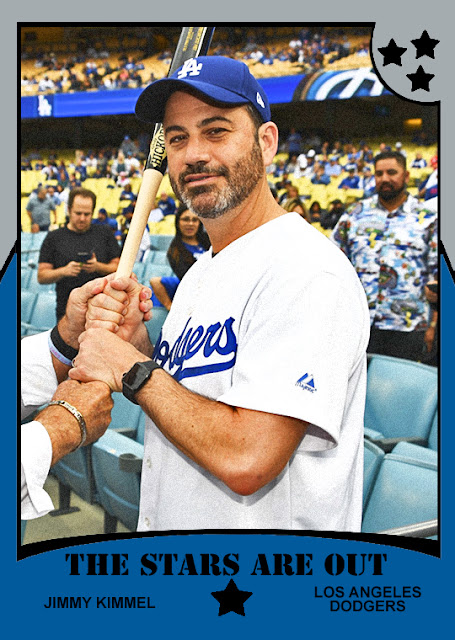 I had planned on doing month wrap-up posts with Stars Are Outs from that month at like, the end of each month, or at least the very beginning of the next one. But life just happens, and here we are midway through June...and now I'm just gonna talk about it like it's the beginning of the month again.

So. Wonderful May-like weather we're having. Wonder when the Raptors are gonna drop out of contention.

Anyway, Jimmy Kimmel is the first of May's many first pitch/celeb sighting showcases. Kimmel's case is kind of rare because he did not throw out the first pitch for the Dodgers...firstly because he's a Mets fan, and secondly because he was in charge of some Alumni Game festivities for the Dodgers. This photo was taken with him and Steve Garvey, so sadly I had to crop Garv out of this one. He'll get his due someday, I imagine. 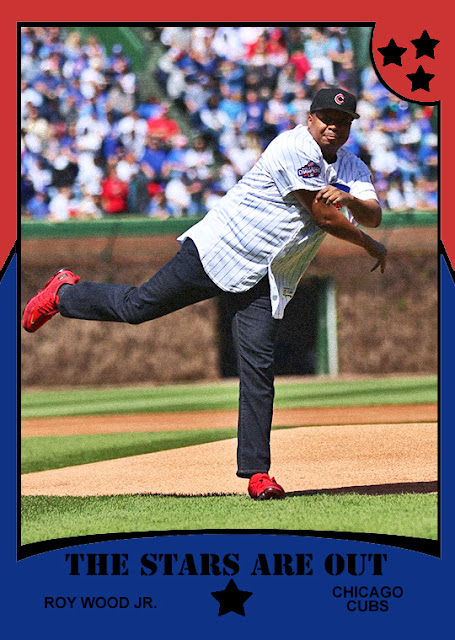 We'll stick with late-night personalities and go onto Roy Wood Jr., who is not related to the guy from Wizzard, for the record. Roy Wood's one of the better desk personalities left on the Daily Show, and while it may not be as consistently solid as it was under Jon Stewart's watch, Wood is still a fantastic writing talent to have on the show. He's also a great stand-up comic, and allegedly, like most great comedians apparently, a Cubs fan. 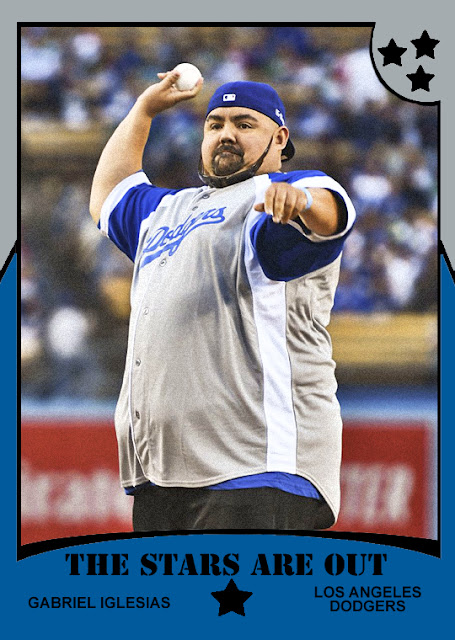 And with the subject of comedians, we move onto another Dodger who's definitely been pictured throwing out the first pitch for another team, Gabriel Iglesias, who decided to trade in his Marlins jersey for a Dodgers one in lieu of LA's Mexican Heritage night. Whatever the case, glad to make a card of Gabe, as I've been a low-key fan of his since he was on Last Comic Standing. 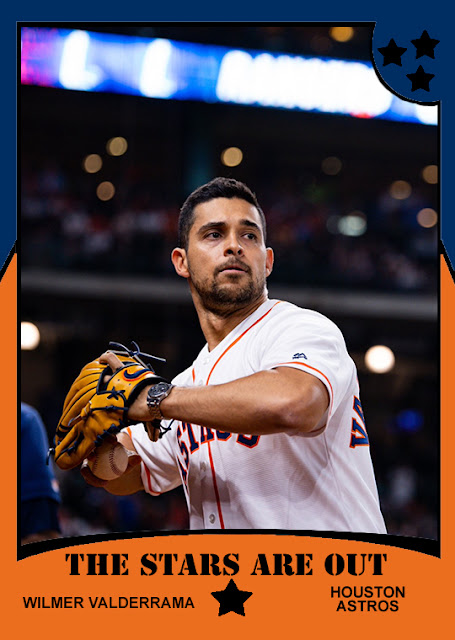 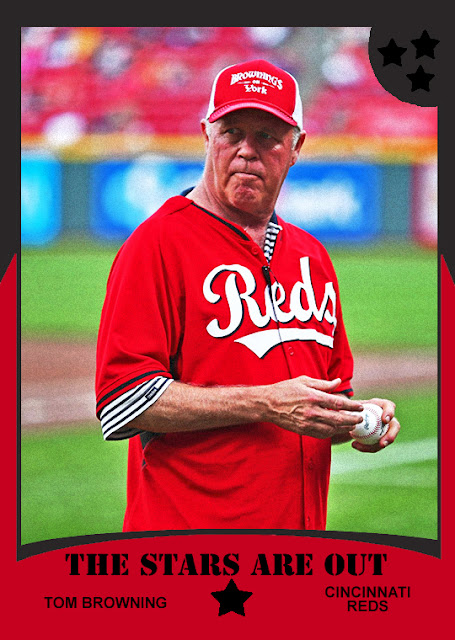 Hell, let's go for a legend First Pitch. Those are always fun.

Tom Browning pitched a no-hitter for the Cincinnati Reds, in addition to playing there for 10 years, winning a World Series and notching 20 wins once. Browning was one of those consistent staff aces that you kinda need, and he's gotta be a Reds hero at this point. Good to see the reception's still good for him at GABP these days. 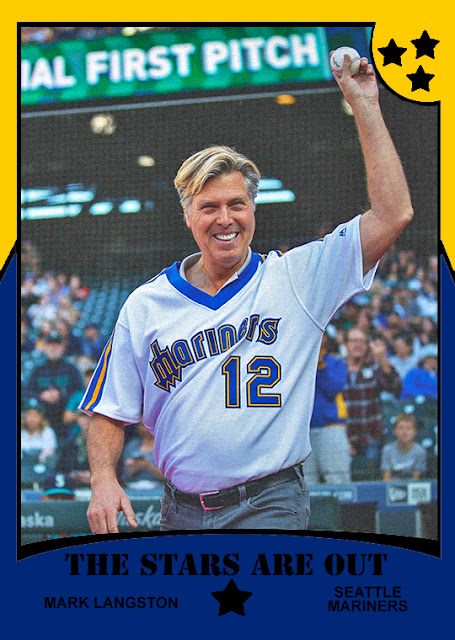 While we're at it, here's another team legend, former Seattle fireballer Mark Langston, who threw out this first pitch on Star Wars night with fellow 80s Mariner Alvin Davis, who I couldn't find a good enough shot of. Langston I always felt was slightly ahead of his time as a strikeout-artist, and if he'd come about a decade later he could have been a legend in the same vein as Randy Johnson and Greg Maddux. Oddly enough, I always thought of him more as an Angel than a Mariner, so I'm glad he still gets a warm welcome in Seattle. 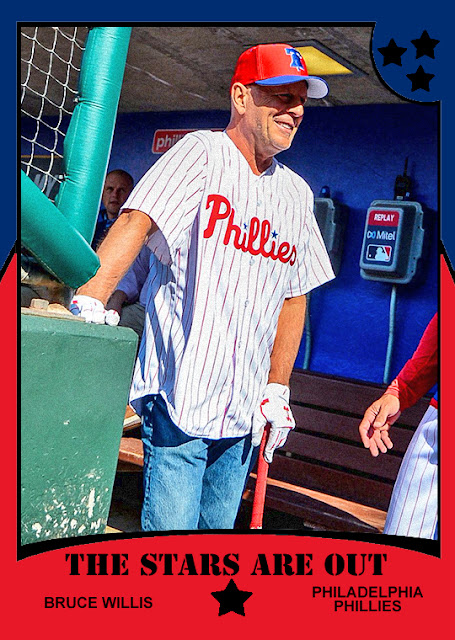 We'll end on this guy.

Buddy of mine worked with Bruce Willis on a movie once. Said he was a good enough dude, but was always pretty quiet off-set. Another friend of mine took his coat at a banquet at my college, said he was gracious but kept to himself. I've always felt like Bruce Willis could have had a longer career if he'd kept the same charisma that he had in his movies all the time. But, it's been...ten or so years since a Bruce Willis movie was considered a tentpole? So I guess he went with what was most comfortable.

I always forget he's from PA, too. Big Phils fan. So it was nice to see him throw one out at Citizens Bank Park, and see him chat with Kapler and those guys. If I recall correctly, his first pitch bounced, but he still did well enough.

I'll try and get the June ones out relatively soon after June ends, and not halfway through July.
Posted by Jordan at 2:19 PM