Whit Out of Luck 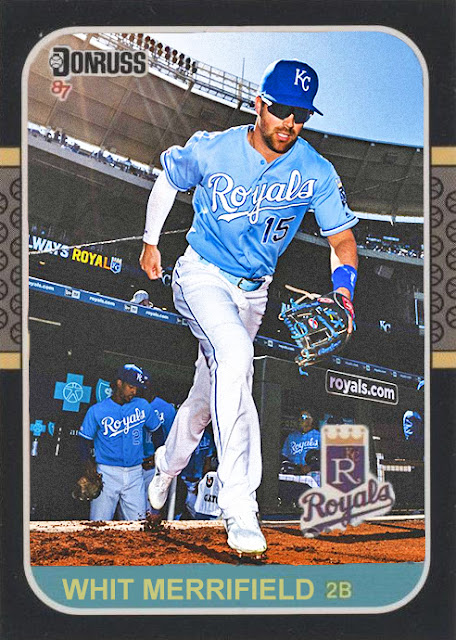 Last year, there was really one standout on the Kansas City Royals, and it was Whit Merrifield, with a nice amount of home runs, a great batting average, and the ability to be young and energetic, something a lot of the other Royals did not have. He was the kind of standout the Royals were glad to have, but they weren't sure if he could perennially carry the team.

So far this year, Hunter Dozier had been that standout, because he's been hitting .315 with 11 home runs, and now he fits the bill of being under 30. But Dozier just got hurt, and he might be out for a prolonged period of time.

So...it's back to Merrifield again, I guess. Which is fine. I mean, he did break George Brett's hitting streak record earlier this year, so he's gotta be beloved by the fans at this point. But I get the feeling that the Royals fans would prefer a bit more progress. Like, Dozier coming in to take the weight off of Merrifield would have been fine, and maybe they would have built a new super-team off of that. But maybe that won't be a thing now?

I sometimes don't know what to make of the Royals. They don't have any pitchers with an ERA below 4, their closer is Ian Kennedy, their big rookie prospect, Nicky Lopez, is doing nothing at the plate, and their flagship catcher's out for the year. And there are great players in this lineup, but they're kind of the minority; lots of .230 averages and below.

For a team that won a World Series 4 years ago, this is quite a slide.

Coming Tonight: He got out of New York, came to a team that was out of the conversation, and proceeded to get his mojo back. And he did it better than Matt Harvey, too.
Posted by Jordan at 9:54 AM