It's Always Sonny in Cincinnati 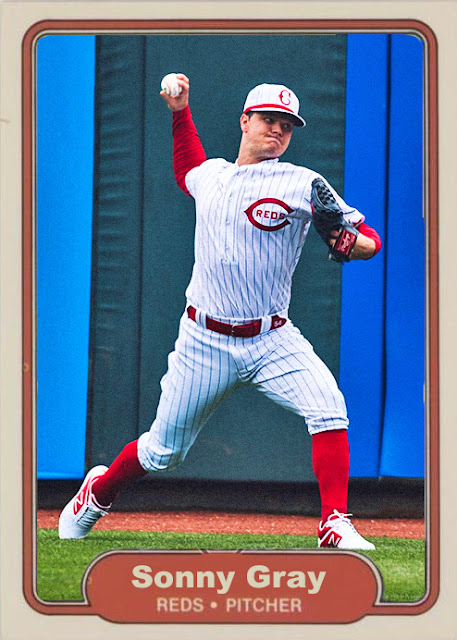 And we're back with the Reds. Good news is that they've finally answered my prayers and are close to lapping a fourth place team. Bad news is it's the Pirates, an NL Central team I genuinely like, and not the Cardinals, who could really use some time in last.

Bluh. Whatever. The Reds, despite a shit week, are actually doing pretty well for a last place team.

Let's talk about the Reds' rotation, actually. Like the Marlins, the Reds have scrounged together a competent, legitimately good rotation for the first time in a while. Right now the worst numbers are coming from Anthony Desclafani, but considering the ERAs of the latter Rangers starters, 4.70 is nothing to yell about. Sonny Gray, for the record, has gotten his ERA down to 3.65, has 72 strikeouts, and his having his best season since before the Yankees trade. I'm glad he's gotten his stuff back, and it helps that he's playing somewhere less nerve-racking, and less overstimulating. Some pitchers can't take pinstripes, and Gray was that guy. Now the Reds have good Sonny Gray, which works, because I like the Reds.

They also have good Tanner Roark, which is nice, because the Nats were worried that he had stopped existing.

The one thing with this rotation is that only Luis Castillo has a positive W/L ratio (6-1), so technically Luis Castillo is the only Reds pitcher who can directly determine the outcome of a game, while the others are at the mercy of the Reds' offense. Which is good when it shows up.

I mean, it's a little telling that the only homegrown Reds guy that's still doing well in this lineup is Eugenio Suarez. Joey Votto, Jesse Winker, Jose Peraza and Tucker Barnhart are all having disappointing seasons, while the new guys, Jose Iglesias, Yasiel Puig, Derek Dietrich and Nick Senzel, are leading the charge.

So really, it's the opposite of the last year's Reds team. The lineup's uneven and the pitching is great. What we're working towards here is balance, though. And hopefully balance isn't too out of the question for this team.

Coming Tomorrow- This guy only has one Cy Young award. Yes, the MVP is nice, but...only one Cy Young. I'm thinking this season might change that.
Posted by Jordan at 9:50 PM