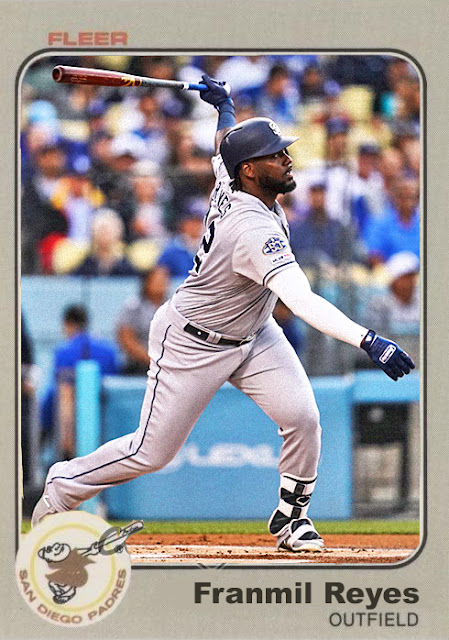 ...the NL West is friggin weird this year, man

I mean, aside from the Dodgers, who are sweeping things like we all thought they would. And aside from the Giants, who are tanking for draft picks. Those three in the middle are just some moving variables that are making this...relatively predictable division a lot of fun.

Like, a few weeks ago, it was entirely different. The D-Backs were trailing the Dodgers, the Rockies were slumping terribly, and the Padres were stuck in the middle. Well, now it's the exact opposite. The Rockies have won eight straight games, the Padres are steadily coming up the middle, and the D-Backs are recovering from a 5-game losing streak. And next week, it might be completely different.

The Padres are still an intriguing piece of this team, though. Their pitching staff is still relatively strong and consistent, they've yet to completely bottom out without Fernando Tatis, and Ty France has been a fine fill-in. Also, it's surprisingly not Machado or Hosmer leading the team in home runs, but a surprise homegrown duo of Hunter Renfroe and Franmil Reyes, with 17 and 16 home runs respectively. This is a new, more intricate team, that's capable of performing as a unit, not just as a sum of its large contracts.

Even as the Rockies and D-Backs swarm about with hot streaks, I still think the Padres have the best chance of anybody for this WC spot. They have the best pitching staff, some of the most underrated power hitters, and a very concise, unified core.

If they get huge down the line, don't be shocked, is what I'm saying

Coming Tomorrow: His team just dropped two to the Yankees, so I'm kinda happy, but...he's still among the best player in baseball.
Posted by Jordan at 7:56 PM