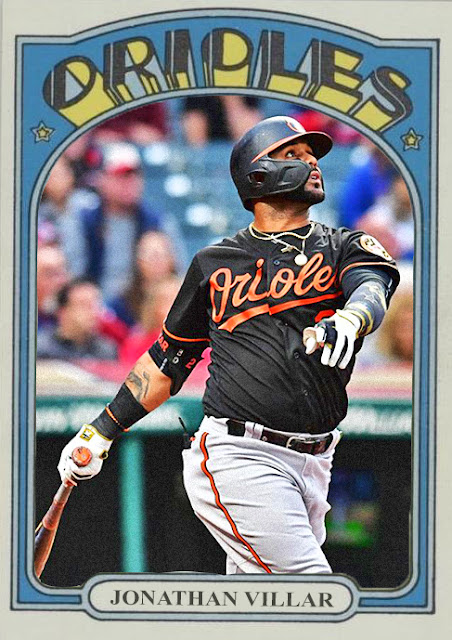 Last night, it finally happened: the Orioles won their 20th game of the season, becoming the 30th team to do so this season. This was a mark the Kansas City Royals had beaten them to the previous night, and the Orioles were determined to not let their general futility stop them from winning 20 games by June.

So, unsurprisingly, the Orioles are the worst team in baseball right now. Not without a lack of effort, just...with a lack of competent ballplayers. I look at this lineup, and with the exception of Jonathan Villar and Trey Mancini, all of these players, on any other team, would be hitting off the bench or still be in the minors. But because the O's have traded away or lost a lot of their previous talent, this is the team we're left with.

The best you can say is that the pitching has improved; John Means, Dylan Bundy and Andrew Cashner are all relatively competent starters, Paul Fry and Shawn Armstrong are impressive relievers, and...when Mychal Givens decides to close a game, he's alright at it. But...when you've got three lineup pieces hitting under the Mendoza line, and one of them is the guy you signed a mega-contract to a few years ago, you have to wonder if you set yourself up for this.

And look, there are sprouts coming up. Hanser Alberto and Renato Nunez are hitting, Pedro Severino is finally blossoming into a nice starting catcher, and of course Mancini's doing pretty well. But...I don't know how long the O's are gonna have to wait for this team to amount to anything. Because even the mega-prospects, like Richie Martin, DJ Stewart and Cedric Mullins, aren't working this year. And I don't know what will for them.

Coming Tonight: Shockingly, a pitcher from a perennially-bad team that's actually doing better.
Posted by Jordan at 9:18 AM