Good Day to be a Cubs Fan 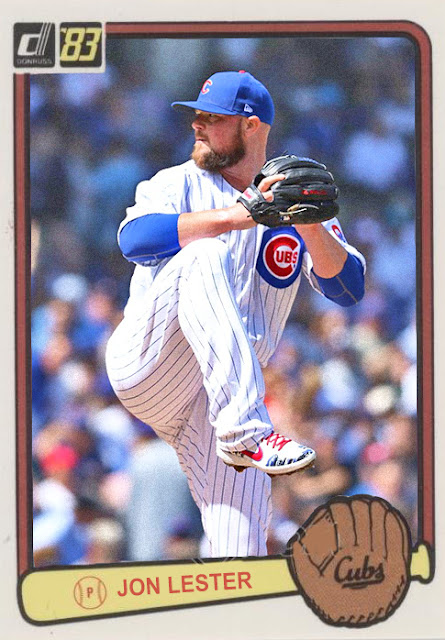 Well how about that? In a span of 24 hours, the Cubs retake the NL Central, then FINALLY get a closer.

Let's at least talk about the Cubs team in general first, because they're already pretty great. Like...when they got booted out of first by the Brewers, I wasn't worried. I knew the Brewers had more issues...chiefmost being thinking it's a good idea to demote Keston Hiura in favor of a not-hitting Travis Shaw, and I knew the Cubs were good enough to withstand momentary peril.

And they have. Of course.

At its core, not a lot has changed since 2016: Kris Bryant, Jon Lester, Kyle Hendricks and Anthony Rizzo are still major players, and Joe Maddon is still trying some sneaky stuff when he can. But the Cubs have also proved their ability to grow an adapt, as evidenced by Javier Baez, Willson Contreras and Albert Almora becoming big, David Bote taking Tommy La Stella's place as bench wizard, and the adoption of Carlos Gonzalez after his release from Cleveland. This is a team that knows that its core may be getting old soon, and so they're refurbishing it, building the team around Bryant AND Baez.

Also, Jon Lester is still a fantastic pitcher, and the Cubs have gotta be proud to have him as their perennial ace. He's withstood John Lackey, Jason Hammel and Jake Arrieta on this rotation, and he and Hendricks are red-hot right now, with Hendricks getting some Greg Maddux comparisons because...they're still a bit bitter. Hamels and Quintana are doing fine behind them, and Yu Darvish is slowly...slowly...getting his ERA back down again.

And now that we've talked about all the wonderful things that are working for this team, now we can talk about Craig Kimbrel. Because he just made this team even better.

The problem with this team since losing Wade Davis, which arguably was still a problem before he came to Chicago, was the lack of a steady closer. You never got a prime closing pitcher choice, you always got people like Carlos Marmol, Hector Rondon, Brandon Morrow or Pedro Strop, who weren't natural closers, but...if the shoe fits. And none of those guys lasted more than a year without getting too sloppy. And this year, we had...more of that. Strop has dropped a few saves, Morrow's still injured, and their only closing option is Steve Cishek, who seems to a professional save-squanderer at this point.

So getting Craig Kimbrel not only gives the Cubs exactly what they need, but it finally...FINALLY...gives the best closer in baseball a home. It took two and a half months of baseball, and that was two-and-a-half-months too many for me. You don't wait it out so long that the season starts, man. That's just cocky. Because now, the Cubs have to hope that Kimbrel is ready to jump right into the action, like no time has passed.

I mean, he'll probably be fine, and he'll probably still have a nice season despite the slow start, but...if you knew you were gonna need a closer, you should have gotten him in March, save us the trouble.

So yeah. Cubs rock right now, they rock even more with Kimbrel. Now let's get somebody to sign Keuchel.

Coming Tomorrow- Last year he pitched for my team. As a reward for his efforts...this year he's pitching in Arlington.
Posted by Jordan at 9:31 PM