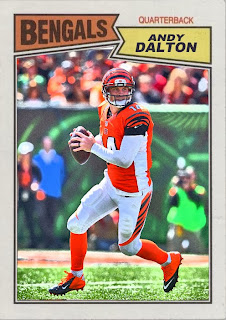 Last week was another awful week for my predictions, as I made sure that a lot of surefire predictions would go according to plan, and they didn't. This week, I hopefully have learned from my mistakes, and I really hope I do better here.

Bengals vs. Bills:
Who should win: Bengals. The Bengals have been off to a great start this season, which is normally the opposite effect of appearing on Hard Knocks. Still, whatever they've been implementing is totally working, and Andy Dalton is currently on a rampage. They should win here.
Who will win: Bengals. The Bills started off strong, but are now imploding due to the loss of a potentially great QB in an injured EJ Manuel. Also, the team was never that amazing to begin with. The Bengals have improved offensively and defensively, and AJ Green will probably outrun most of Buffalo's defenders. Unless something awful happens, the Bengals should win here.
Overall: Bengals over Bills, low scoring.

Lions vs. Browns
Who should win: Browns. There's a lot of talk about logic, about common sense. I'd like to submit that the Browns' sudden rise is one of the weirdest things ever to happen in football. They have a mediocre quarterback, a star-less team, and they just got rid of their star player. And now they're tearing down the roads. This is absolutely amazing for football.
Who will win: Lions, sadly. In a battle of two surging teams, I say that the stronger of the two will come out on top, and I know that's assuming a lot since Reggie Bush wasn't too hot last week. Still, I think that the Lions are a lot tougher to beat, and if the Browns do it, hurrah for them, but it will be very, very tough.
Overall: Lions over Browns, though it could be incredibly close.

Raiders vs. Chiefs:
Who should win: Raiders. I like how they've been playing so far, and I like that they actually have a chance in their lopsided division. Terrelle Pryor is doing well, the team is slowly coming around, and they've racked up a few nice wins.
Who will win: Chiefs. I say this sadly, because my dad is a Raider fan. The Chiefs have become one of the best teams of the season so far, and they are going up against a good, but not amazing team. Honestly, while it could go either way, my gut is telling me that the Chiefs will win. This could be my downfall, because that is exactly how everyone will think the game will go, but I'm going with it.
Overall: Chiefs over Raiders.

Steelers vs. Jets:
Who should win: Jets. And this isn't Bizarro world. The Jets have actually become a fairly decent football team in the last few weeks, and they've won a few important matchups, which is rare for a team this awful. I'm thinking that, against a team like the Steelers, who are weaker than weak this year, they should win again
Who will win: Jets again. The Steelers really have nothing this year, other than Ben Roethlisberger, who is near the end of his rope, I think. The Jets have a lot more than them, and are more of a favorite to win.
Overall: Jets over Steelers.

Eagles vs. Buccaneers:
Who should win: Eagles.
Who will win: Eagles. This is possibly one of the easiest matchups they will have. All they have to do is beat an imploding team while they're down. Yet I imagine this may turn up as irony. I hope not.
Overall: Eagles over Bucs, in a wide margin.

Packers vs. Ravens:
Who should win: Packers, of course. I think that, even if they haven't been playing well, they're still surging, and they are finally getting back to what they should have been doing all along. This year is a very tough matchup, as the Ravens are also getting very hot right now. Yet, I think that the Ravens should have a hand in it to win.
Who will win: Packers, and I know this may be controversial. The Packers, to me, are the better team, and they have much more to them. The Ravens gave up a lot of their good stuff last year.
Overall: Packers over Ravens.

Since I'm running out of time, I'll just do a speed round for the rest of the matchups:

Jaguars vs. Broncos: Hah, that's a good one. Broncos win in a landslide.
Titans vs. Seahawks: Could be a tough matchup, but Seahawks should come out on top.
Cardinals vs. 49ers: Could be a long one, but Niners are Niners. 49ers win it.
Saints vs. Patriots: I'm going for the controversial pick: Saints win, Brady collapses.
Redskins vs. Cowboys: As much as I don't want them to, the Cowboys will win.
Monday Night:
Colts vs. Chargers: Will be close, but I'll say Chargers.

Sorry that was so rushed at the end, but I was in a hurry. Hope these end up right.
Posted by Jordan at 10:41 AM
Labels: Andy Dalton, Bengals, Custom Cards, football, Predictions