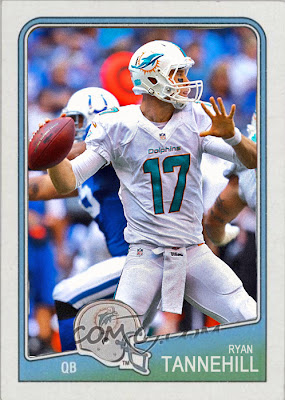 Nobody saw this one coming I bet.

I mean, people predicted the Dolphins would do better than last year, but they didn't predict they'd actually have a nice start, even AFTER getting rid of Reggie Bush. They've started with a decent 3-2 record, second in the AFC East behind, you know, Tom Brady's Band of People Who Win Things. This year they have the same record as the Jets, which, unlike most years, isn't an insult.

I think most people attribute this to the rise of Ryan Tannehill. Last year we saw him as a take-him or leave-him QB, only unlike the other take him or leave him rookie QB last year (Andrew Luck), he lacked a playoff run and an ailing coach. This year he's finally doing well, stepping up and really winning games now, which I don't think Andrew Luck can say this year.

I hope they at least keep winning games, because this may be the closest they get in the standings to the Patriots. But you never know.