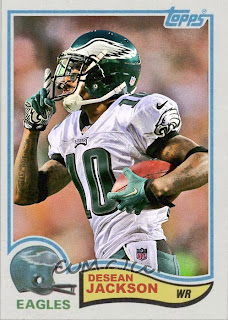 I had legitimate fears going into the Eagles game. Why? Because even if the Eagles were playing the Giants, the worst team in the NFC East, I was still worried that the Eagles would act like the Eagles usually do in a can't-miss situation: squander and fail.

Yet, thankfully, they did a nice job, and managed to batter down the Giants, which sort of soothed things. I mean, they're still 2-3, but the rest of the division's not doing much better, and they're currently tied with the Cowboys for first.

I feel like this division has no suspense. Each year there's a few middling teams, and somebody comes out on top. This year is no different. Over in the North, all four are potentially good, and all four have a chance to do well, most years. There's more suspense over there, which is why the East is so infuriating, there's no real competition, except for last.

Though still, I'm happy my Eagles won it, and I hope they continue to do well.

Coming Tomorrow- I haven't decided yet.