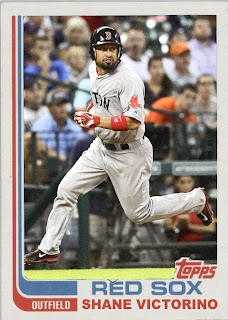 Well...it happened. The right team won. It's kinda odd that I'm saying that even know the Red Sox won, yet with their arc, their story, and their gameplay, they were the right team to win. 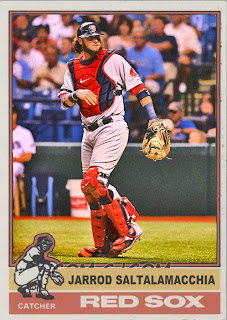 I was watching the game last night, during those 4th and 5th inning bonanzas that put the game well over the top, and gave Papi the MVP. It was some experience. Let me tell you. 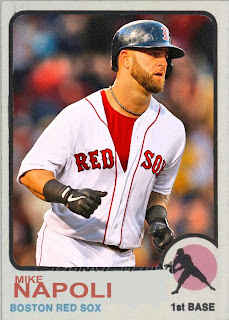 However, and this is the strangest part of all, I'm not bitter. I'm not unhappy. I'm not mad that it wasn't my Yankees. I mean, I am, and I still think the Red Sox are scum and villainy, but there was something about this win that was different. I dunno, maybe it's because they're playing the Cardinals.

Still, I remember the other times the Sox were there, I rooted dead against them. In 2007, I rooted for Colorado. In 2004, I rooted for the Cardinals (!!!!!!!!). It's just this year, when the Sox destroy everybody and win the whole thing, I'm indifferent. I'm not mad. They got a win, they deserved it.

And that's the spooky part. Which is appropriate, because it's Halloween.
Posted by Jordan at 6:34 AM
Labels: Cardinals, Custom Cards, Jarrod Saltalamacchia, Mike Napoli, Red Sox, Shane Victorino, World Series