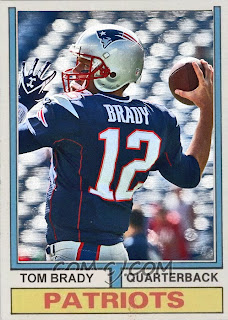 Wudja look at that. I made a really good custom of a player I despise.

Anyway, today marks the near-halfway point of the 2013 season, which is crazy, because it feels like it just started. But, no. We've already seen teams fall, rise, and whatever the hell the Rams are doing now that Bradford's gone. So, this week will be another week ripe with great matchups and awful predictions on my part.

Cowboys vs. Lions:
Who should win: Lions. Even though their awesomeness has slipped in the last few weeks, they are still a pretty damn good team, with good materials, something nobody would have thought back in 2008. The Cowboys are slowly surging, and are currently heading up the NFC East, not that that really says anything this year. I see the Lions having a better game, however...
Who will win: Cowboys. You know, somebody really hates me up there. The Cowboys, who have really no materials, a lot of young stars that are untested, and one of the most overrated QBs in the NFL, should not by any means be doing this well this year. I'm not bitter at the collapse of my beloved Eagles. I'm just confused. How are they doing it? Is there some secret sacrifice they made before the season? Did they sacrifice Buddy Ryan and not tell us? Either way, they're probably gonna win today.
Overall: Cowboys over Lions.

Browns vs. Chiefs:
Ooooh this is gonna be a toughie.
Who will and should win: Chiefs. In the battle between two teams that should be absolutely sucking this season, I'm giving it to the 7-0 team. Why? Because I want Andy Reid to shut up all those naysayers back home by winning a Super Bowl without the Eagles. With no offense to the Browns, because they're having a great season, and it would be even more awesome if they kept winning and made an impact in the postseason. The Chiefs have this one, I think.
Overall: Chiefs over Browns.

Dolphins vs. Patriots:
Who should win: Dolphins. Y'Now, in theory, it always seems like the better, and more fun team is gonna win. This week is no exception. The Dolphins are playing really well this season, and it's all thanks to a new direction for Ryan Tannehill, which is great. They should do well today.
Who will win: Patriots. Because the Patriots don't care for theory.
Overall: Pats over Dolphins, with a wide margin.

Bills vs. Saints:
Who should win: Saints. Drew Brees, man. Drew effing Brees. Nobody has defied expectations for this season like the Saints, who took all those 'meh' predictions and threw them in the faces of the reporters. Now they're facing the Bills, who sorta slid down a slope of awfulness after a while. No contest.
Who will win: Saints. The defense is strong, the offense is stronger, the team is tighter, the Bills are Bills. If I'm wrong, then something disasterous has happened.
Overall: Saints over Bills.

Giants vs. Eagles:
Who should win: Eagles. Now I know how absolutely unlikely it is for the Eagles to do exactly what they're told, especially if the opposing team is so damn easy to beat. But...bear with me here. Last time the Eagles went up against a losing team, they won. It was the Bucs. They can do this.
Who will win: Eagles. I'm going with this one because I believe that they have it in them, and I believe that no matter how hard Michael Vick tries to screw this one up, he's going to be unsuccessful. I hope.
Overall: Eagles over Giants, with a way-too close margin.

49ers vs. Jaguars:
Bahaha.
AHAHAHAHAHAHAHAHAAA....AAAAHAHAHAHAHAHAA! YOU KILL ME!
AHAHA...ahaha...oh, man. Welp,
Who should win: 49ers
Who will win: 49ers.
Overall: 49ers steamroll Jags. Harbaugh should be in a good mood in the press conference. I really hope they don't screw this up.

Jets vs. Bengals:
Who should win: Bengals. Two surprising teams. I'm going with the Bengals here because I like them a lot better this season. Andy Dalton is doing things right, the defense is thriving thanks to James Harrison, and the offense is also very strong. The Jets are getting better, but I think they'll take a backseat.
Who will win: Bengals. Seriously, Rex. Calm the hell down.
Overall: Bengals over Jets

Redskins vs. Broncos:
Who should win: Broncos. I don't care if Peyton says he's hurt. We're talking about one of the best teams in football, and one of the most stacked teams in football, against the Redskins.
Who will win: Broncos. The Redskins are such a disappointment this year. I feel very sorry for anyone who actually thinks they're going to win today.
Overall: Broncos over Skins.

Falcons vs. Cardinals:
Who should win: Falcons. Hm, battle of the bird teams. My pet cockatiel will love this one. Anyway, I'm giving this one to the better team, in my opinion. Like, they're both pretty good this season, but the Falcons are more of a consistently good team than the Cards.
Who will win: Cardinals, because absolutely nothing in football goes according to plan, this or any season. It's how it goes.
Overall: Cards over Falcons in a squeaker.

Packers vs. Vikings:
Who should win: Packers. The Packers have been doing so well as of late, despite the initial two losses. They're improving as a team, and they're slashing through opponents. This week they're playing the Vikings. Fun times for all.
Who will win: Packers. Backstory time. When I was a kid, I loved the Packers. And every time they'd have to play the Vikings, it would be grueling, and they would lose, and Culpepper would dance around in joy, and I would be pissed. One day I wished for Daunte Culpepper to break his ankle. The Vikings only got back to the postseason once after that, and it was with a former Green Bay Packer at the helm. So the football gods work in mysterious ways, I guess, to paraphrase Bono. Let's see 'em work their magic tonight.
Overall: Packers over Vikings.

Well, that's it for today's matchups. Hopefully most of them go according to plan.
Posted by Jordan at 11:56 AM