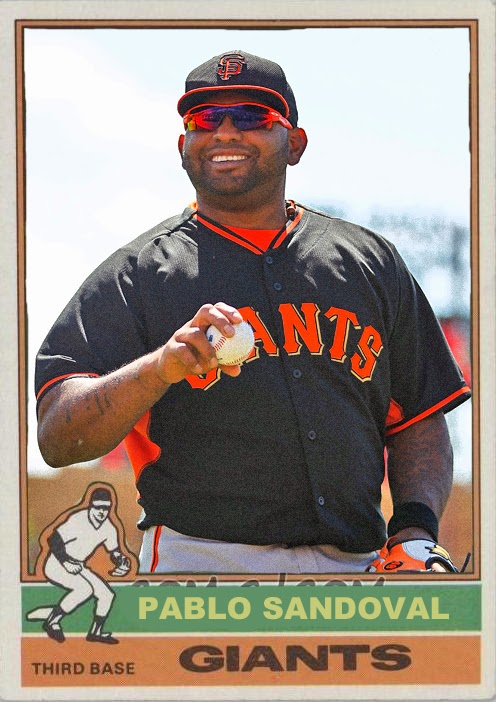 Pablo Sandoval is one of those players that you can never run out of photos picturing him smiling. Like, all the customs I make, smiling Panda. Right there.

Last season, Panda wasn't smiling. He was hurt for most of the season, and when he wasn't hurt, he wasn't performing to his best either. All in all, it was a subpar season for someone whose first few seasons had been devoid of many flaws.

2014 could be the return of Panda, because you never know how well the Giants could do. The last two even-numbered seasons resulted in a postseason triumph for Pablo Sandoval. If the pattern repeats, he could wind up with another one. But honestly, the odds of that happening are bleak, as the Dodgers are looking like they're going to stay on top. You never know though.

Above all else, I just want him to have a good season.

Coming Tomorrow- Another NL Third Baseman. One that hasn't had a down season in a while.
Posted by Jordan at 9:04 PM
Labels: Custom Cards, Giants, Pablo Sandoval