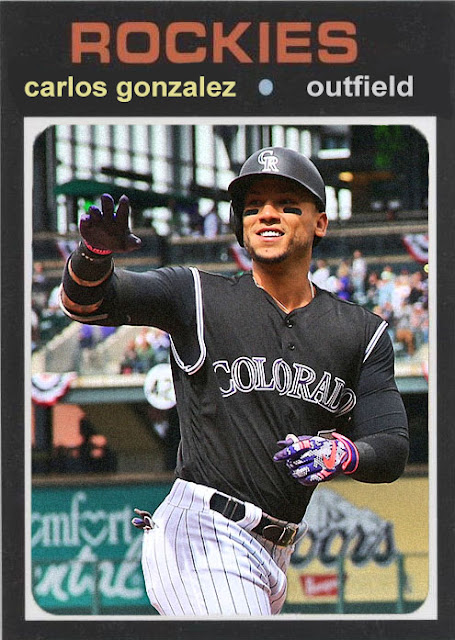 Having a baseball team in Denver is really vexing, if you think about it. The ballpark is engineered for long balls, because the air is thinner. There are players who did amazing stuff in Colorado, and then went back into the league depleted and suckier, because playing in Colorado made them amazing hitters to begin with. Still, people like Todd Helton and Larry Walker can make careers out of playing in Coors Field and smacking home runs.

The other downside is that no pitcher can survive especially long in Colorado. As the air's thinner, even the best pitchers can't really survive for very long, and get repeatedly beaten by opposing batters. So batters are only good when they're there, and pitchers are almost never good.

So, all of this being said, it shouldn't especially shock you that the Rockies aren't doing too great this season, so far.

Yes, Trevor Story and Carlos Gonzalez are hitting really well, and the youth movement that started a few years ago is still a success, but the pitching is especially atrocious this year, with no one of note making any important starts. So the inverse is attacking the Rockies at this point, although they're close enough to the top three, and it's early enough in the season, that I'm not counting them out yet.

CarGo, meanwhile, is back to his usual, home-run bashing self, after a season or two of inactivity back there. 2015 he came back in a big way, and so far he's up to his old tricks, which is great for the Rockies, as he's basically become the anchor in the absence of people like Todd Helton or Tulo.

Not sure if the Rockies are going to make much more news this season, aside from CarGo and Story, but I'll be keeping watch.

Coming Tomorrow- Probably another piece of the CC rip, but also a guy who most of the MLB counted out last year, who's back to smacking home runs for a surging AL East team.
Posted by Jordan at 11:48 PM
Labels: Carlos Gonzalez, Custom Cards, Rockies