1990 Called...they want their gimmick back 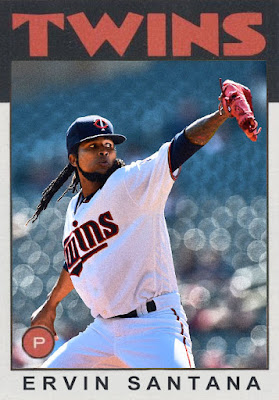 Right now the Minnesota Twins and the Atlanta Braves have the worst records in their respective leagues. I know this is early, but if this is how this season is gonna turn out, it won't be the first time.

The diehard baseball fans should know this, but I'll go over it anyway. In 1990, both the Twins and the Braves were at the bottom of their respective divisions. In 1991, they were both in the World Series.

This is a classic example of how quickly baseball can turn, and that the guys on the bottom have as much of a chance as the guys on top. Fun little tidbit.

However, it's 25 years later...and we have the same scenario. One of them, the Braves, isn't surprising, as they've made it a point to clear the team of most of the talent, in order to lose games now so they can win them in the future. The Twins...that one confuses me. Last season they were pretty damn good, and in the offseason, realigned their team around people like Miguel Sano and Byron Buxton...guys who aren't doing so well right now.

So, right now, both teams are on the bottom. Now, are they gonna be on top next year??? Ehhhh....probably not. I mean, I'm a fan of miracles and underdog stories, but there's no way that can happen in 2017. A lot of stars would have to be aligned perfectly, and that's a lot of luck that might not be on Atlanta or Minneapolis' side.

Coming Tonight: A third of the most powerful outfield in the NL.
Posted by Jordan at 3:30 PM
Labels: 1990, Braves, Custom Cards, Ervin Santana, Twins